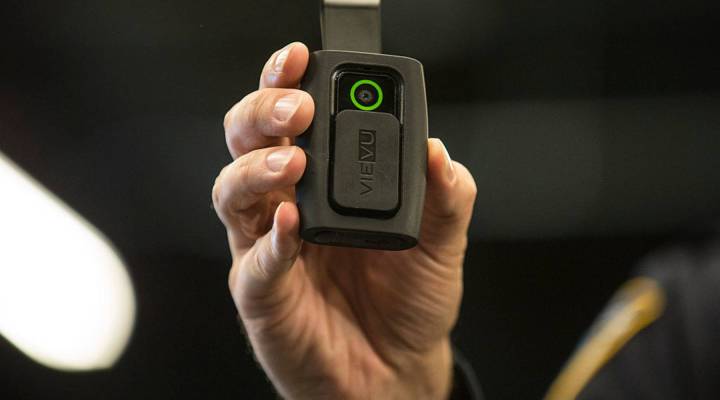 New Orleans prosecutors will soon be able to search through police body camera footage for specific people or incidents, cutting down on the time required to comb through hours of video.

The Orleans Parish District Attorney’s office is adopting a technology that organizes footage by analyzing video frames for faces, text and audio, and tags and adds time stamps to the files’ metadata, the company behind the technology announced Thursday.

District Attorney Leon A. Cannizzaro, Jr. said in a press release that this will allow his department sort through video and audio evidence quickly instead of viewing or listening to files one at a time, which will save time and money. The department has a two-year contract to use the software from video metadata company Vu Digital, but it hasn’t said how much the contract costs.

Research shows that the use of body cameras reduce citizen complaints, but only if the video and audio data can be easily, quickly and cost effectively indexed, referenced, cataloged and managed in a responsible, cost-effective manner,” Cannizzaro said in the release.

In the wake of recent police-related shootings, body camera technology — and video technology in general — may be more relevant than ever, with many seeing it as a tool for transparency in policing.

The New Orleans Police Department starting wearing body cameras in 2014 to rebuild public trust after its history of corruption was exposed in the aftermath of Hurricane Katrina. Currently, the department has approximately 1,400 body cameras with 700 to 800 sworn officers using the devices in the field. Prosecutors oversee between 8,000 to 9,000 cases a year where body cameras are used.

The software could come in handy outside of the courtroom well. Darrel Stephens, the executive director of the Major Cities Chiefs Association, said police departments get different requests for video footage, including public records requests.

“Software that allows that to be searchable and connected to faces is an enormous plus,” he said. “There’s been a lot of talk about this as people have gone to body cameras and are figuring out how much storage it requires and how to access it.”

Stephens said the technology introduced in New Orleans is the first he’s heard of, but there’s definitely interest among departments across the country. The importance of having an efficient way to sort through video is increasing as more departments adopt body cameras. He expects most, if not all, police departments to deploy body cameras within the next five years.

But increasing technology also means increasing costs. Camera equipment is expensive, as is file storage and data management, and addressing security and privacy issues. The police department in Charlotte, North Carolina, for example, is spending $5.5 million over five years on its roll out. And in Minneapolis, the City Council voted in February  to spend $6.4 million over the next five years on cameras, software and staffing.

“There is some federal funding that provide some assistance to departments, but it’s not nearly enough support,” Stephens said. “It’s largely a local expense.”