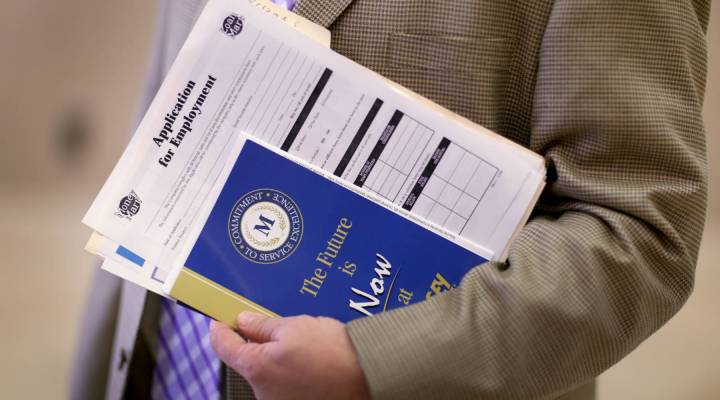 The economy added 287,000 jobs last month, way above what was expected, and the unemployment rate hit 4.9 percent.

Lindsey Piegza, chief economist and managing director at Stifel Nicolaus, put those numbers into context for us.

We had a really big number in June, but of course that follows a very disappointing number in May (which we actually also just learned was worse than we thought). What’s the big picture when you add up the trends?

That’s exactly right. It’s important not to put too much emphasis on one or two months’ data points. So we do look at that longer-term, three-month trend, which did rise in June up to 140,000. So remember, this is down markedly from a near 300,000 pace at the end of last year. We slowed to 200,000 in the first quarter, and now we’ve slowed — as I mentioned — to about the 100-150 range. So still, no indication of an upward trajectory, despite this welcomed, outsized increase in June.

We saw the unemployment rate go up from 4.7 percent to 4.9. That sounds bad, but we often try to remind people sometimes that can be OK because more people are entering the labor force. What are we seeing there?

That’s exactly what happened this month. Nearly half a million workers moved back into the labor force in June — in fact, nearly the same amount that had dropped out the month prior. So we did see a rise in the unemployment rate to 4.9 percent, but again, reflecting the fact that more Americans are actively seeking employment. So that’s a net positive out of this report.

We did see a minimal monthly increase of just about one-tenth in June. But it was enough to boost the annual pace of earnings up to 2.6 percent — a new high for 2016. Now, if this is sustained, it will certainly be an indication that the labor market is beginning to firm.