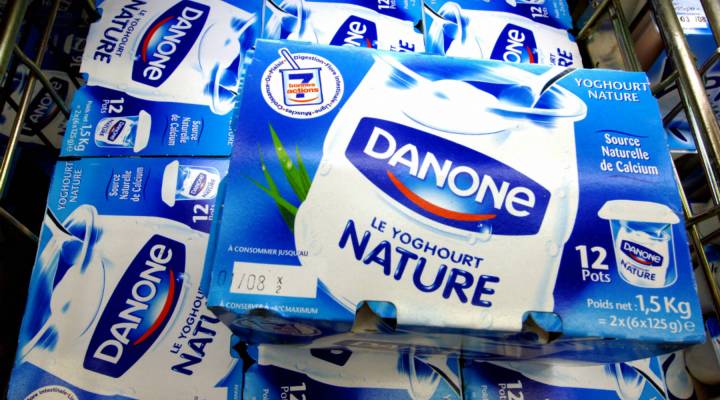 COPY
Danone is the largest yogurt maker in the world. MYCHELE DANIAU/AFP/Getty Images

Shares in French yogurt company Danone were up Thursday morning after the company announced plans to buy Denver-based WhiteWave foods for roughly $12.5 billion.

Danone has been having some trouble largely due to slowdowns in markets like Brazil, Russia and China. At the same time, WhiteWave may have been fishing to get acquired since it spun off of Dean Foods in 2013.

Acquiring WhiteWave gives Danone a lot more access to North America, where demand for organics is healthy and on the rise.

The Organic Trade Association said organic sales reached almost $45 billion in 2015. A lot of that is produce, but dairy is the second biggest category.

People also pay more for these products, so the margins are higher for farmers and brands like WhiteWave.