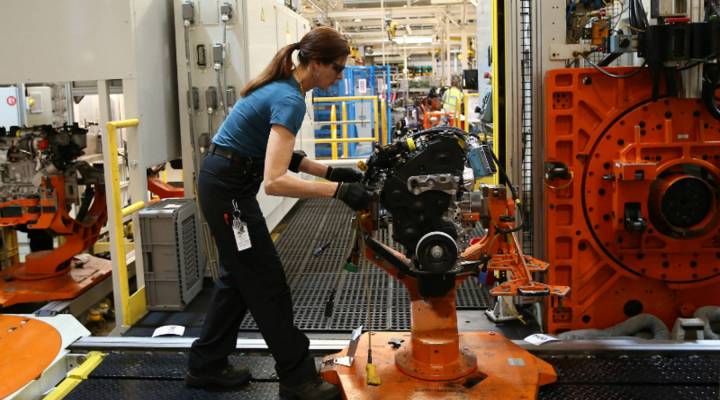 COPY
An employee works on an engine production line at a Ford factory in Dagenham, England Carl Court/Getty Images
Brexit

An employee works on an engine production line at a Ford factory in Dagenham, England Carl Court/Getty Images
Listen Now

The global auto industry is among those bracing for the potential impact of the United Kingdom’s exit from the European Union. Car sales in the U.K. are expected to slide amid economic uncertainty, analysts said, and U.S., European and Asian automakers that have British operations may pull back or move production.

The U.K. auto market has been on a roll for several years. More than 2.6 million new cars were registered in 2015, a new record, and the trend has continued in 2016.

Next year, some expect sales to decline as uncertain consumers and businesses hesitate to make big purchases.

The longer-term forecast depends a lot on how trade negotiations play out over the next few years, and how the U.K. and European economies hold up.

“If [the exit] does send the European Union into a downturn we could be looking at half a million units of volume coming out of the U.K. alone, from a demand standpoint,” said Jeff Schuster, an analyst with LMC Automotive. “That’s about 15 percent.”

A downturn would not only hurt European automakers. U.S.-based Ford is the top-selling brand in the U.K. and has about 14,000 employees there.