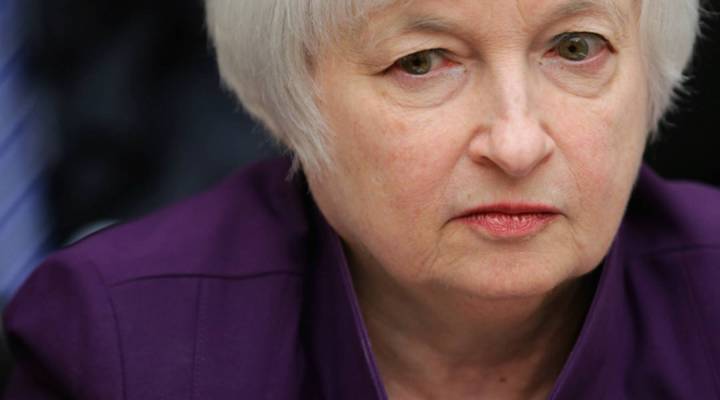 COPY
Interest rates have been close to zero for almost a decade. Chip Somodevilla/Getty Images

Interest rates have been close to zero for almost a decade. Chip Somodevilla/Getty Images
Listen Now

American consumer spending is going strong. That’s a big plus for the economy. But job growth has stalled. That’s bad news. Add election anxiety to that, and the Federal Reserve — now considering an interest rate hike — is in what’s known as a pickle.

The Fed’s been dropping hints suggesting it’s maybe going to raise interest rates, but maybe now’s not a good time.  Peter Conti-Brown, who studies central banking at the Wharton School, notes interest rates have been close to zero for almost a decade.

“The fact that we’re seeing a multiyear conversation inside and outside the Fed tells us just how complicated and uncertain this interest rate environment is,” he said.

There are mixed economic signals to interpret. But Lawrence Mishel, president of the left-leaning Economic Policy Institute, thinks the concern is simple — raise interest rates and it puts the brakes on economic growth. The problem is that not everyone has benefited from the growth so far.

“There are disadvantaged workers, communities of color, that still have very high unemployment,” he said.

Until wages grow at a faster rate, Mishel said, there’s nothing wrong with being cautious. 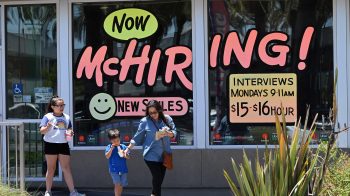