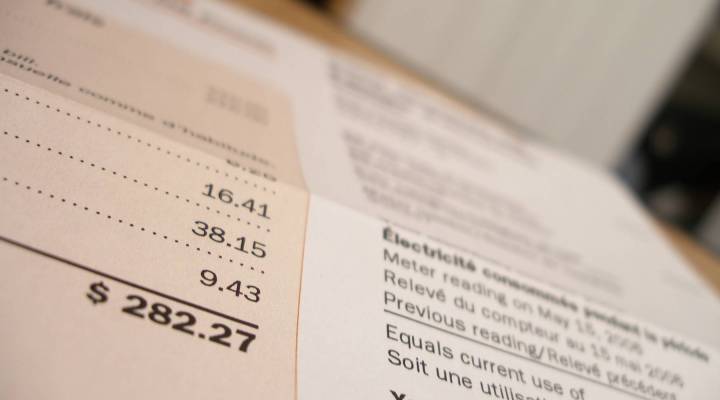 COPY
Middle-class life has become 30 percent more expensive in the past 20 years. Brendan Wood/Flickr
How The Deck Is Stacked

About two thirds of America’s gross domestic product is generated by consumption. That means our economy runs on people buying stuff. And who buys the most stuff? The middle class. That’s why Loyola Marymount University economics professor Jennifer Pate says the middle class is so important to the economy.

So how come overall the U.S. economy is doing well, but the middle class is shrinking?

“If wealth isn’t being shared among people outside of the top bracket, then it doesn’t feel like we’re wealthy unless you’re in the top,” Pate said. “Wealth is being generated, it’s just not being distributed.”

Marketplace calculated that the typical middle class life has gotten 30 percent more expensive in the past twenty years, and Pate says overall wages have been flat since the 1970s. She shared more of her thoughts on how our economy has changed fundamentally in the past several decades and what it means to have a disappearing middle class.

On why we don’t need to go back the way it used to be to succeed:

We don’t need manufacturing jobs to save the middle class. Our unemployment rate is incredibly low. We have people in jobs. We just need employees to be supported in the jobs that they’re in. We have very low minimum wages, we have seen the demise of most unions, so people don’t have the collective bargaining power that they used to have. We basically rely on companies to be the ones that determine how much income people make in this country, and then that becomes a question of well, every dollar I pay to my employee’s a dollar I don’t make in profit. That trade-off I think makes it very hard for companies to sit down and say this is the right thing, so that’s why we should pay people more as opposed to saying oh they’re fine, they’re making ends meet.

On why has it taken so long for us to notice that making ends meet is getting harder and harder:

Not everybody is looking at inflation figures and saying, ‘well, am I better or worse off?’ In nominal wages, people feel like their salaries are increasing, and they do. I get a little raise every year, I feel good about it, but I’m not thinking well what else has gone up in terms of expenses and prices in the meanwhile that means that I’m actually earning less than I was last year. My salary looks higher, but I’m actually worse off than I was the last year because things are now more expensive. In the beginning people didn’t really notice it so much and now it’s becoming so much of a bigger gap, the difference in the inequality is growing at such a rapid rate that I think people are finally saying “I’m done with it, this seems unfair.”

On how she was surprised it took so long for candidates like Bernie Sanders and Donald Trump rise in the wake of widespread middle class discontent:

This has been nice dry kindling just waiting for a good spark.