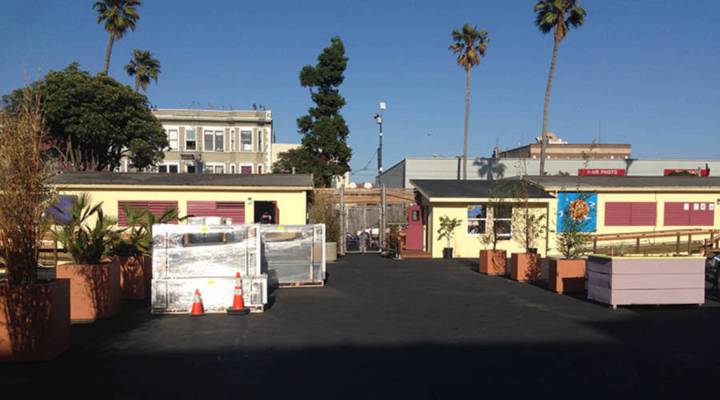 Phillip Torres has just moved into a new home, his own single room. It’s the first place he has had in a long time.

Torres finally went to the Navigation Center, a year-old shelter in San Francisco that has a low bar to entry and promises a quick path to housing. The staff there took him in and helped him get this room.

Through the Navigation Center, Phillip Torres moved into the first home he has had since he was 11.

Other cities are now trying to open their own Navigation Centers, and they hope to soon have success stories to tell like this one. But Sam Dodge, San Francisco’s homeless housing czar, said moving stories alone will not convince taxpayers and politicians to pony up. You need data, he said.

San Francisco spent roughly $3 million to open and run the Navigation Center for a year.

“I end up having to make economic arguments,” Dodge said. “They resonate more than the moral or ethical arguments.”

That, he said, is just the reality of living in our neoliberal society.

At the Navigation Center, the city is gathering data to make the economic argument. It is tracking what happens to each person entering the center and organizing that data into a regularly updated “dashboard.” With one glance at the statistics, you can see what has happened to everyone admitted to the shelter.

Dodge said at most homeless shelters, people come and go without much record. With the Navigation Center, Dodge can show that over 430 people have moved from the shelter into housing.

“This has been an open experiment that a lot of the city has been following in the past year,” he said.

People in San Francisco aren’t the only ones keeping tabs on the Navigation Center. Officials have been flying in from other cities to see it. Seattle Councilman Tim Burgess came, and he said the data is important. It helped sell him on the approach.

“It will prove that we are delivering the services that the clients need,” he said.

Portland also has its eye on San Francisco’s experiment.

“A Navigation Center does make it more tangible and visible for people to actually feel that there is something that is working out there,” said Josh Alpert, the mayor’s chief of staff.

Something worth investing in. Without cold hard data, Alpert said, that is not an easy thing to do.