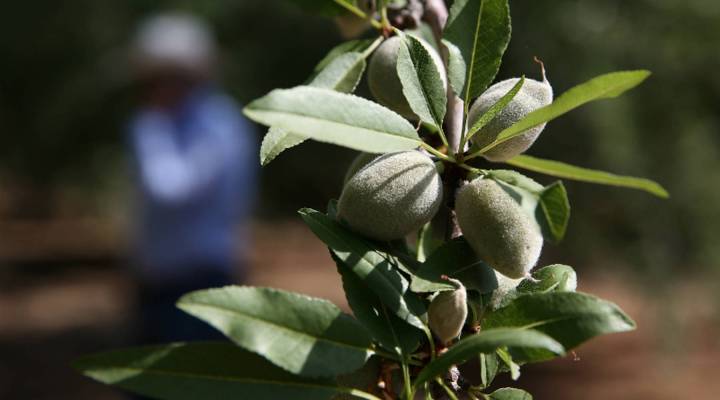 Six states will hold presidential contests Tuesday, including California. Even though California probably benefits from trade more than any other state, all three remaining candidates have been campaigning there with a solidly anti-trade message.

Bernie Sanders has also made outsourcing a major theme of his campaign.

“If they want us to buy those products — and they sure do — it’s time they build those products right in America,” Sanders told supporters in Santa Cruz, CA.

Clinton recently struck a similar tone at a campaign stop in the city of Commerce, CA.

“I believe we can still make it in America, and export it from America!” she exclaimed to a cheering crowd.

Finally, something all the candidates can agree on: opposing jobs moving overseas.

However, 40 percent of U.S. imports come through California ports – so any decline in trade could hurt not just workers on the docks, but those who transport and store all those shoes and big screen televisions from Asia that people order on Amazon.

They’re known as logistics workers — and they’re part of one of the fastest growing fields in California. Unfortunately, the pay often isn’t great — certainly not as good as manufacturing, which has seen major job losses in California, just like the rest of the U.S.

Trump has been the most vocal about stopping cheap imports, threatening a 35 percent tax on some goods from Mexico and 45 percent on Chinese products.

“If they don’t behave, if they don’t follow the rules and regulations, we will tax you,” Trump said at a March debate.

What Trump leaves out is that China and Mexico would likely retaliate, slapping their own tariffs on goods from the U.S. That would be especially bad for California farmers, since 40 percent of their produce gets sold overseas — like all the almonds China buys, or all the grapes that go to Mexico.

“Agriculture is always among the most politically sensitive of traded products, so when foreigners retaliated against Trump’s import controls here, U.S. agriculture would get hurt and that would certainly hurt California,” said C. Fred Bergsten, senior fellow and director emeritus at the non-partisan Peterson Institute for International Economics.

There are also a lot of California companies that do business with Mexico and China, and a trade war would be bad for them. In fact, some damage could already be done, according to Michael C. Camuñez, a former Obama administration trade adviser who is now president and CEO of ManattJones Global Strategies LLC, which advises companies doing business in Mexico.

“There’s a number of U.S. companies that have pending deals in Mexico that are growing increasingly concerned. Not so much about pursuing them, but having publicity associated with them,” Camuñez said.

Camuñez worries companies will only grow more fearful as the November election approaches.