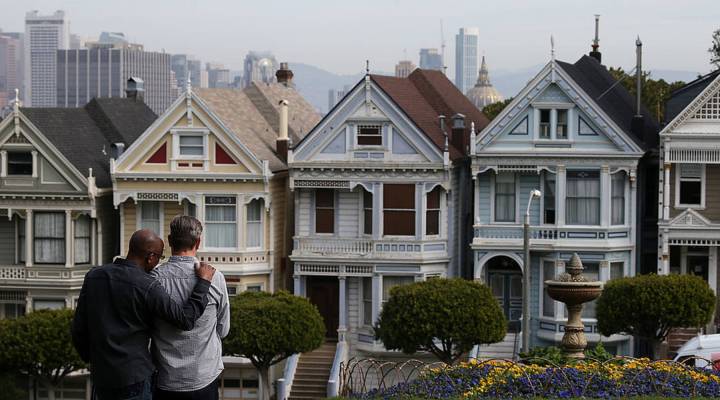 Home prices are on the rebound these days, and new Case-Shiller home price numbers out Tuesday are expected to confirm that.

But by another measure, prices are actually still pretty low. According to a new index that tracks what’s called real house prices, the cost of buying a home is still almost 40 percent below its 2006 peak. The first index numbers for March show that San Francisco is among the cities where prices are still far below their earlier highs based on a calculation that accounts for interest rates as well as changing median incomes.

Mark Fleming is chief economist with First American Financial Corporation, the mortgage servicing and insurance company that puts out the index. He said yes, list prices might be going up, but “that doesn’t take into account the fact that buying power has increased so dramatically because interest rates have come down over the years.”

Susan Wachter, a professor of real estate at the Wharton School at the University of Pennsylvania, said she sees the logic. If you look at those low interest rates, you might think it was a good time to buy a home, and Wachter said some first-time home buyers might hypothetically be able to afford it.

“But, they simply cannot get a mortgage,” she said. That’s because a lot of people, especially young people, don’t have money on hand for a down payment, or don’t have good credit, rendering that hypothetical “affordability” irrelevant.

Standard & Poor’s, which puts out a more traditional home price index, found a month-to-month slowdown in February, but the index prices were up about five percent over last year.

“That pattern is certainly likely to continue in the near term,” said S&P’s David Blitzer.  So low, but rising prices. Historically low interest rates for now. What’s it all add up to for the potential home buyer?

“Buy now,” Fleming said. But, “that’s self serving, I’m part of the mortgage industry and we want to generate mortgages, right?”

Right. A positive outlook for home buyers would a be a good thing for his business. 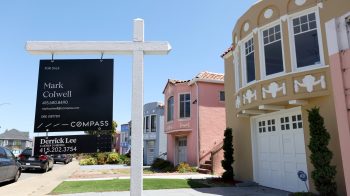