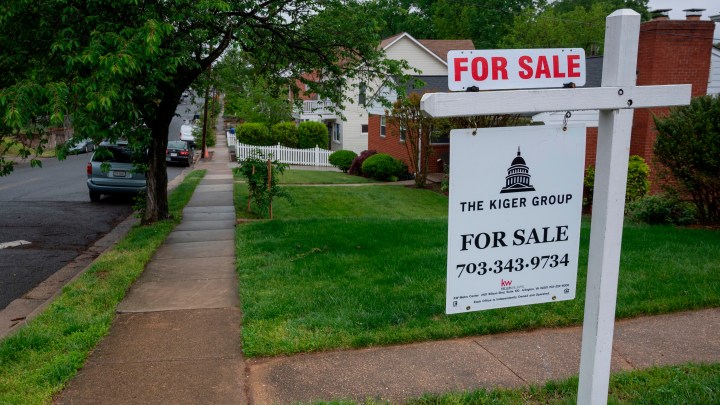 Numbers out Tuesday will give a sense of where home prices are at, with the release of the latest S&P CoreLogic Case-Shiller National Home Price Index.

For buyers who have been trying to get into a house for a while, higher mortgage interest rates might not be a terrible thing in this market, according to Christopher Thornberg of Beacon Economics.

“A big spike in interest rates will cause the market to cool down and cool down sharply for quite some period of time,” he said.

Rates are still very low, though, so we’re far from a cooldown. Plus, Thornberg said the housing market is still a bit nuts because of the pandemic.

“Everybody who was even thinking about buying a home is running around with their head cut off, throwing money at anything,” he said.

Demand is high because there aren’t enough homes on the market for buyers who want them. That won’t change immediately, even if interest rates rise.

In that case, would-be buyers adjust their expectations, said Holden Lewis with NerdWallet.

“When mortgage rates go up, then they shop for slightly cheaper houses,” Lewis said.

That’s true for freelance writer Lindsay VanSomeren in Washington state. She’s been trying to buy a house since July but has been watching prices go up.

She still really wants a house — so if rates increase, she has a plan.

“I’m just going to have to, like, have a glass of wine with me or something, I’m not quite sure,” VanSomeren said. That’s to brace herself for that first mortgage statement and seeing the huge chunk of her payment that goes to interest.