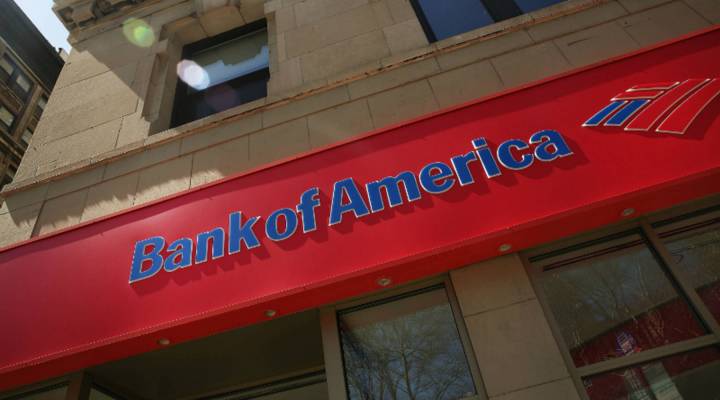 COPY
The Department of Justice had accused Bank of America and the company's mortgage lending unit, Countrywide, of fraud. Spencer Platt/Getty Images

The Department of Justice had accused Bank of America and the company's mortgage lending unit, Countrywide, of fraud. Spencer Platt/Getty Images
Listen Now

In a big upset for federal prosecutors, an appeals court in New York  on Monday threw out an earlier decision against Bank of America and its mortgage lending unit Countrywide.

The Department of Justice had accused Bank of America and Countrywide of fraud, saying Countrywide misrepresented mortgage loans sold to Fannie Mae and Freddie Mac in 2007 and 2008.

A lot of people lacked foresight during that time, including Countrywide, which nicknamed the program “Hustle.” The unlucky name actually stands for High Speed Swim Lane, and it was basically a way to speed up and automate creating and selling mortgages using fewer staff members. As the subprime market was crashing, Countrywide sold a bunch of these Hustle loans to Fannie Mae and Freddie Mac under the supervision of then-executive Rebecca Mairone.

The feds have been trying to get damages for what they say was a real hustle, alleging the bank knowingly withheld information about the quality of the mortgages in order to make money. An earlier decision in U.S. district court in Manhattan agreed with the fraud allegation, and would have fined the bank $1.27 billion. It also imposed a rare individual fine on Mairone.

That decision seems to have given the DOJ leverage in negotiating other big settlements related to the financial crisis, including a more than $16 billion settlement with BofA just a few weeks after the lower court’s decision on Hustle in 2014.

But three judges at the Second U.S. Circuit Court of Appeals in New York overturned the Hustle case, saying the case for fraud just isn’t strong enough. They say Mairone and others may have knowingly breached a contract with Fannie Mae and Freddie Mac, but federal fraud is too high a bar.

The takeaway is that this could weaken the government’s ability to settle more of this type of case; over the last few years the Obama Department of Justice has brought in billions in similar settlements.

“We are pleased with the appellate court’s decision,” said Lawrence Grayson with Bank of America.