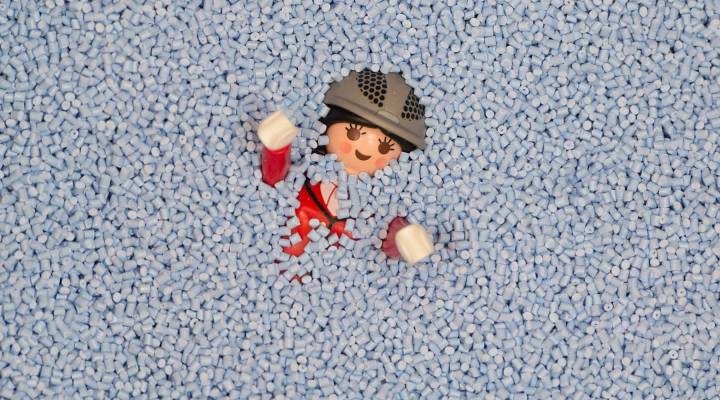 The North American shale oil boom has played havoc on the petroleum industry, with increased reserves driving down the price of crude oil. The increased production is also leading to surpluses of materials created from petroleum, such as plastic.

Crude oil and natural gas are just the first things harvested from extraction. By refining the products, and cracking them, engineers are able to develop different materials, such as naphtha or ethane. Eventually, some pathways lead to plastics like polypropylene and polyethylene.

In the form of pellets, those raw plastics are easily transportable and higher in value. Margins can be especially high when producers have ready access to source materials. That’s how the Middle East became a big plastics producer.

Production in the U.S. had been stalled, but the high production from shale drilling has renewed the push to produce downstream materials.

“It was only when shale gas came into the picture, and these U.S. producers had access to low cost feedstocks and the ability to be very competitive and profitable, that they decided to expand the industry again,” said Nick Vafiadis, global business director of polyolefins and plastics at IHS Chemical.

Several new petrochemical plants are being developed, especially around Houston and Louisiana. Vafiadis said the high output from the natural gas industry in the U.S. makes it financially feasible for companies to spend billions of dollars in new plants.

“There’s enough natural resources available to make the majority of the projects that are being considered today viable,” Vafiadis said.

As new plants come online, global plastic output will swell. IHS expects that more than 24 million metric tons of new production capacity of polyethylene alone will be added to the market by 2020. About a third of that new capacity will come from the U.S. and will come online within the next few years.

“The fact is when we look at the market today, we see capacity growing at about 7.8 million metric tons more than demand during the 2016-2018 timeframe,” Vafiadis said.

With continued expected output from the Middle Eastern plastic industry, and a growing one in China, the world is in the beginning stages of a plastic glut, which could drive down prices for polyethylene in the near future.

“It’s going to become very competitive,” said Dominick Russo, director of trading at The Plastics Exchange. “Prices are going to decrease. There’s going to be lots of material available, and we should, in the long term, see resin prices drift lower.”

He said those lower prices should trickle down to consumers, making minor decreases in costs for consumer goods.

Vafiadis said those slightly lowered prices on consumer goods will only last until about 2019, after which, global demand is expected to catch up with the oversupply.