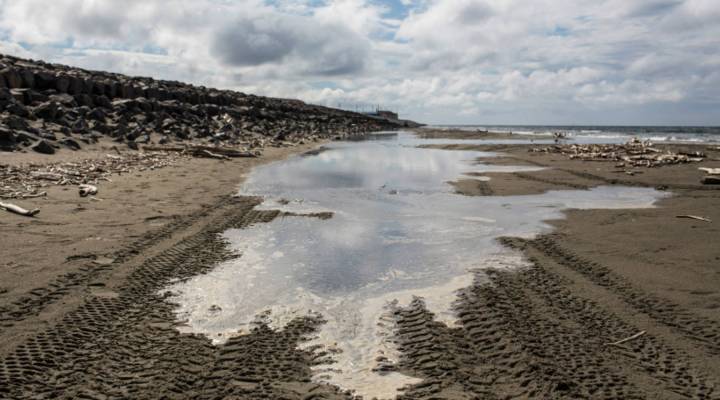 COPY
The tide comes in on a beach along the Chukchi Sea in Shishmaref, Alaska. Andrew Burton/Getty Images

The tide comes in on a beach along the Chukchi Sea in Shishmaref, Alaska. Andrew Burton/Getty Images
Listen Now

Oil drilling in the Arctic has long been a bone of contention between the industry and environmental advocates. Now it appears oil companies, such as Royal Dutch Shell and ConocoPhillips, are largely walking away from many of their Arctic leases, leaving behind billions in down payments in order to avoid losing millions more in rent.

Back in 2008, when oil was trading at more than a hundred dollars a barrel, oil companies paid the federal government more than $2 billion to secure leases covering more than 2.7 million acres in the Chukchi Sea off Alaska.

With prices plunging, drilling those frigid environments is no longer economically viable.

“They’re high-cost projects,” said Tom Wallin, editor-in-chief at Energy Intelligence. “They made sense when oil prices were $100 a barrel. With oil prices having declined so much, they’re just not attractive, and they’re not economic.”

Wallin said the push now is for more immediate profits.

“Projects like this are going to take 10 years, perhaps longer, to see the first oil,” he said. “That’s too long of a lead time in this environment. They really want things that are going to give a quicker return.”

Oceana, an oceans advocacy group, secured government lease data using a Freedom of Information Act request. The data showed that Shell, ConocoPhillips, Eni and Iona Energy have relinquished all but one of their leases in the Chukchi Sea. The companies are walking away from 80 percent of the leased area in order not to lose any more money on rent.

An official with the group said the relinquishment is welcomed but that the government is considering whether to schedule future sales in the Chukchi and Beaufort seas.

“It is our hope that this marks the end of the risky and contentious efforts to drill in the Chukchi Sea and allows those of us here in Alaska to help our state move forward toward a sustainable future,” said Mike LeVine, Pacific senior counsel for Oceana.

Shell did not grant an interview for this story, but an official wrote in an email that the company has no foreseeable plans to explore drilling offshore Alaska and will remove remaining equipment from the sites this summer.

After extensive consideration and evaluation, Shell will relinquish all but one of its federal offshore leases in Alaska’s Chukchi Sea.

This action is consistent with our earlier decision not to explore offshore Alaska for the foreseeable future. The decision reflects the outcome of the Burger J well and the high costs associated with the project.  While we support regulations that enforce high safety and environmental standards, the unpredictable federal regulatory environment for the Alaska Outer Continental Shelf also made it difficult to operate efficiently.

In the summer months of 2016, we will remove the remaining equipment from the drilling sites in Alaska. We continue to believe offshore Alaska and the broader Arctic have strong exploration potential and are areas that could ultimately be important sources of energy to the State of Alaska, the United States, and the world.