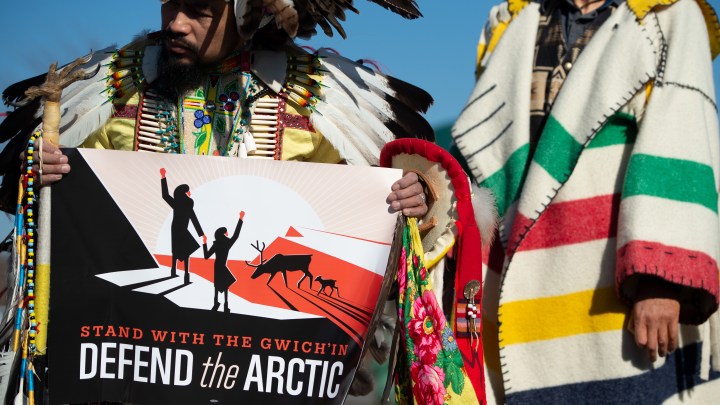 A decades-long effort by the fossil fuel industry and congressional Republicans to bring drilling to Alaska’s contested wildlife refuge culminates in a lease sale Jan. 6.

But Big Oil may sit this one out.

Why? Multinational oil companies’ interest in the Alaskan National Wildlife Refuge (ANWR) has waned. The idea has gone out of fashion.

“One thing that has really interested a lot of us in Alaska who follow these things is how ambivalent the major oil companies have been in ANWR,” Tim Bradner, co-publisher of the Alaska Economic Report, said. “That could be because they sense the toxic politics.”

Plus, drilling in remote Alaska is neither convenient nor cheap.

“The price of oil is not high. The expense of drilling in Alaska is high,” David Hayes, an energy and environment lawyer who leads the State Energy & Environment Impact Center at NYU, said. “Meanwhile, there are many places in the world that are cheaper to drill for oil than the Alaskan Arctic.”

So most, if not all, oil giants are expected to sit out the bidding, which would mean low lease prices and measly royalties for the government. That’s not what Congress intended three years ago when it authorized lease sales and assumed $1 billion in royalties over a decade.

“The bids that are put in are going to nowhere near what Congress said would likely occur,” Hayes said.

Low bids mean drilling rights could go for bargain prices, though. Bradner at the Alaska Economic Report predicts some interest, likely from state and local players.

“The geology, according to very professional people, does look very good,” Bradner said. “And even given all the bad PR and the politics, I just can’t imagine that somebody, maybe just individuals, aren’t going to submit bids.”

Perhaps anticipating lukewarm interest, Alaska’s state development commission just got the OK to bid itself to make a grab for potentially valuable land and eventually flip the lease or partner with oil companies to develop an area in ANWR.

The deadline for bids came Thursday. And Jan. 6 they’ll be unsealed.