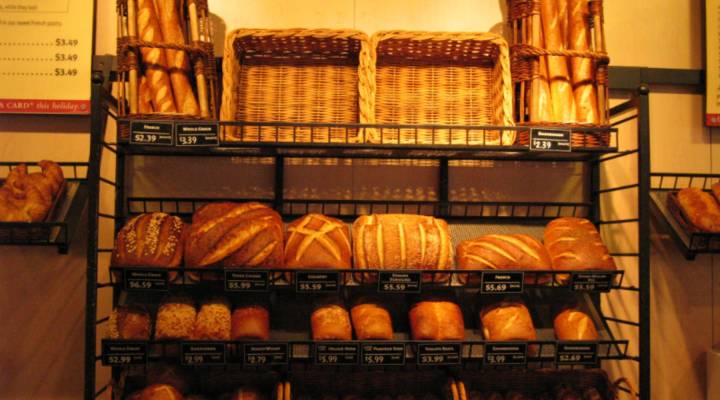 If I say it’s artisanal… maybe it is

COPY
A variety of breads from Panera Bread, some of which the chain has branded with the "artisan" label. miheco/Flickr

If I say it’s artisanal… maybe it is

A variety of breads from Panera Bread, some of which the chain has branded with the "artisan" label. miheco/Flickr
Listen Now

Over the past few years, the word “artisan” has appeared on a growing number of mass-produced items — McDonald’s “artisan grilled chicken sandwich” being but one example.

There are no rules dictating proper use of the term. For some people, it has become so overused as to lose its meaning.

A couple years ago, the research firm Canadean surveyed consumers about what they think “artisan” means. The greatest share, nearly a quarter, said they didn’t know. Others associated it with authenticity and features like a unique taste, high-quality ingredients or being “handmade” (Merriam-Webster says an artisan is a person who makes a product in small quantities using traditional methods).

“A lot of companies would like to make you think their products are handmade,” said Tom Vierhile, innovation insights director at Canadean.

Vierhile said many mass marketers, including Pizza Hut and Panera, have called their products “artisan” in recent years. Doing so can give companies license to charge more for their products and help them come across as smaller food producers, whom consumers see as more “authentic” these days.

“What’s prevailing in the marketplace right now is the view that big is bad and small is good,” he said.

The St. Cloud, Minnesota–based food company GNP is launching a new line of artisan chicken sausages, with flavors like bacon gouda and hickory smoked apple. The firm is not a small operation. Its website touts its status as the “largest fully integrated producer of fresh chicken products in the upper Midwest.”

“For us, artisan means we really took a lot of time sourcing and testing and trying to pair really great flavors, ingredients together,” said Sara Danforth, new product development manager.

The sausages are free of things like preservatives and artificial flavors, reflective of the “clean label” movement. Danforth said the term artisan helps to sum up all those qualities consumers are looking for.

“I think it’s a great term to wrap all the benefits into one,” she said.

Food industry consultant David Garfield at AlixPartners said it’s fair for big food companies to call products “artisanal” when they have used special equipment or ingredients to make them.

“If they are willing to match the consumers’ definition and test of authenticity, then they can be successful,” he said.

But Garfield admitted that definition often boils down to “you know it when when you see it.”