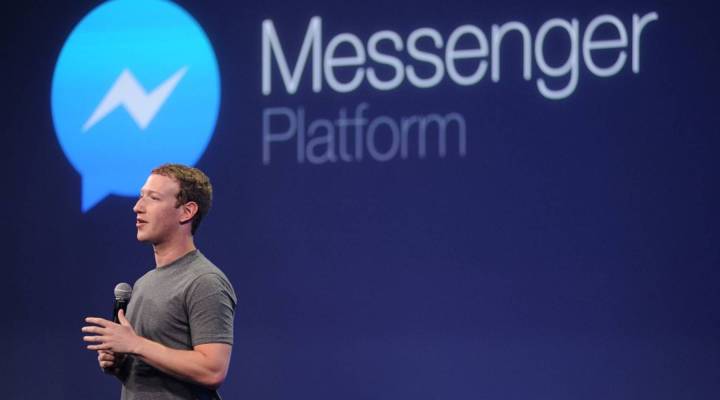 Facebook is kicking off its annual F8 conference Tuesday in San Francisco and it’s rumored to have something in store that would allow businesses on Facebook to use chatbots – those automated assistants you may have run into on some websites that often appear as a little chat window that asks if it can help you with something.

Chatbots are becoming increasingly popular and the companies that develop the software behind them are attracting serious venture capital money.  “IBM Watson has something called the the IBM Watson Engagement Advisor, which actually provides the opportunity for people to buy insurance or answer questions for customer service.  There’s a company called X.AI that just picked up $23 million in venture capital for its artificial intelligene program which acts as a mail based chatbot to help you schedule meetings.  There’s other companies like IPsoft,”  said Dave Schubmehl, research director at IDC for cognitive systems and content analytics.

Chatbots “give the human the illusion that they are communicating with an entity that understands and can generate sentences that make sense,” said Yolanda Gil, research professor of computer science at the University of Southern California and chair of the special interest group on artificial intelligence of the Association for Computing Machinery.

“I think what’s exciting is people have gotten used to communicating with computers in a way that makes the computer invisible – if you’re able to communicate through a conversation you don’t have a keyboard you don’t have anything in front of you, you can do it from phone, and the computer kind of disappears from the environment,” said Professor Gil. “This is an exciting vision for computing, it’s not this device you have to carry around or sit in front of, it’s surrounding your environment, and it’s very natural.”

Chatbots have actually been in development since the sixties. But all the different technologies behind them have been improving rapidly over the past several years, which has led observers like Phil Libin, managing director at venture capital firm General Catalyst and founder of Evernote, to see a tipping point.

“Natural language processing, AI, messaging, the ubiquity of API, these five or six things got to a point just in 2016 where they’re over the good enough threshold,” said Libin.  He says that’s what happened with smartphones, and it’s happening with bots.

“If you look at every technological advance,” said Libin, “the big jumps forward were when something becomes easier, has less friction, becomes more natural than whatever it replaced – so email from normal mail, chat from email, smartphone apps from desktop apps, I think bots are the next evolution of making something more natural.”

In any event, cautioned IDC’s Schubmehl, “this is early days yet; these systems aren’t general purpose.”

Bots can have conversations or solve specific problems.  The further away from their niche of expertise, the less well they do.  C3PO is still a ways off.