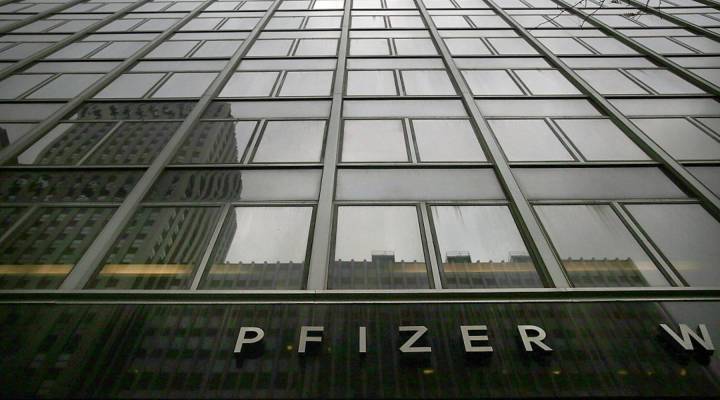 COPY
Pfizer was set to merge with Allergan, but after new inversion rules announced by the Treasury Department, the phama giants decided against merging.  Spencer Platt/Getty Images

Pfizer was set to merge with Allergan, but after new inversion rules announced by the Treasury Department, the phama giants decided against merging.  Spencer Platt/Getty Images
Listen Now

New rules from the U.S. Treasury Department, that were arguably designed to scuttle that agreement,  also make it much harder for all American companies to move their headquarters overseas to avoid taxes.

“Inversions are now significantly harder than they were two days ago,” said Height Securities’ Henrietta Treyz.

According to an estimate from Congress, all but ending inversions and clamping down on the practice known as earning stripping would generate $90 billion additional tax revenue from corporations over the next decade.

“What Treasury did is definitely worth tens of billions of dollars to tax revenues,” he said. “It’s south of $90 billion and north of $10 billion.”

There’s little doubt that this week’s move from the federal government will have some kind of chilling effect on inversions.

“I am highly confident that there are very smart people all over this country that are experts in this area that are looking over the regs and coming up with other strategies that will work for the next deal,” he said.

The reality, Caplan said, is Treasury did what it can do.

He said to solve the tax inversion problem – where billions of dollars leave this country – Congress must take on meaningful tax reform.

That’s action he said many businesses, including those in Silicon Valley and the Chamber of Commerce, have called for.