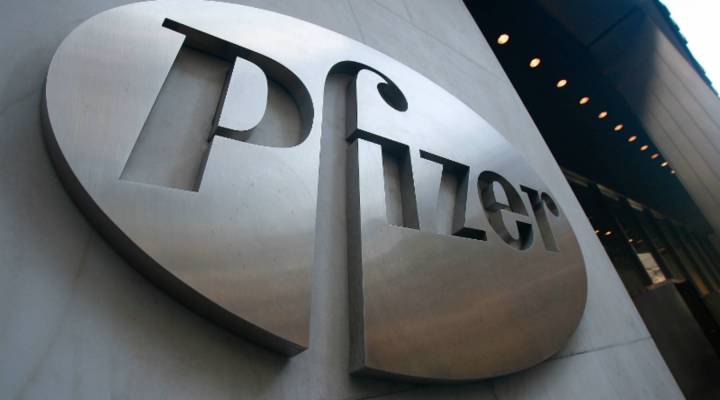 You may have  heard about tax inversions – that’s where a U.S.-based company merges with a foreign firm and, voila, the new company avoids paying its U.S. tax bill.

A new article in the New England Journal of Medicine finds these tax inversions in health care have a kind of double whammy effect.

The drug maker is primed to become the world’s largest pharmaceutical company if its deal with Ireland-based Allergan goes through.

And that would mean all its earnings that have been parked offshore would avoid taxation.

“The pharmaceutical companies are playing a game,” said Dr. Haider Warraich, one of the authors. He said it’s a game they win “making billions and billions of dollars of revenue. “

The point, said Warraich, is companies like Pfizer can sidestep the very taxes that support Medicare or Medicaid.  Then they turn around and make money off those same health programs.

“Someone needs to pay the taxes to support our public infrastructure,” said Steve Rosenthal, with the non-partisan Tax Policy Center.

Rosenthal estimates Pfizer’s tax inversion would mean the federal government losing out on at least $22 billion.

Reportedly, the Treasury Department plans to issue new rules soon to tamp down on these moves, perhaps including Pfizer’s.

In a statement, the company said it “remains strongly committed to the U.S.” and expects the deal to close later this year.