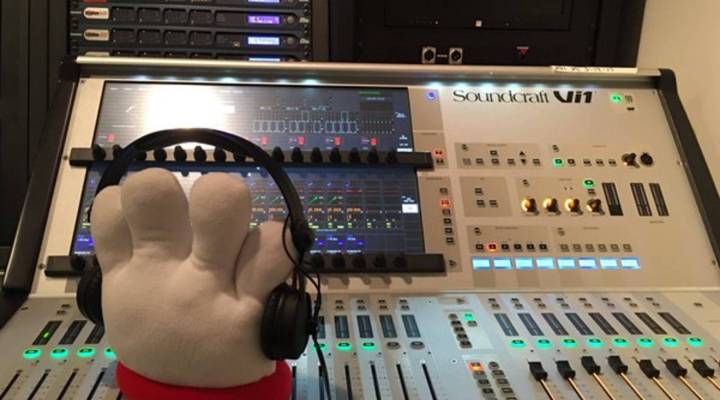 Over your lunch break on Friday, you might have heard two loud booms off in the distance, like a jet breaking the sound barrier.

The first was Hamburger Helper dropping a mixtape. The second was the popular Twitter account @BrandsSayingBae imploding.

“Watch the Stove” landed on Soundcloud Friday morning. It’s five tracks long, sounds a lot like the most popular rap on the radio right now, and all the lyrics are about Hamburger Helper.  This is not an April Fools joke — Or maybe it is?  Is anything really knowable? I’m not sure, but the fact is these songs are very real.

Did that Future sound-alike just say “Y’all want beef and I’ma serve it”? And then: “I just dumped out that whole packet/add the powder, let it simmer/I was whippin whippin whippin/should be done in ’bout ten minutes”? Yes. Are those the instructions for making Hamburger Helper? Yep.

This all might sound horrible. When I first saw the “Watch the Stove” cover, I got flashbacks of another all-time great Soundcloud: Taco Bell CEO Brian Niccol saying the brand’s messaging was “on cleek.”

But after listening a few minutes, my cube mate turned to me and said, incredulously, “why does this pop off?” Another co-worker said she was enjoying the mixtape so much, she almost forgot it was about a 45-year-old packaged food brand.

A quick search told me we weren’t alone. Hamburger Helper started trending, and the reaction was all surprise, delight and fire emoji.

Back in 2013, General Mills retooled Hamburger Helper as simply Helper to incorporate all kinds of protein. It was still popular mostly with moms, but faced with declining sales, the brand got on social media and started targeting younger shoppers.

“The company plans to aggressively market Helper to men aged 18 to 30 over social media,” Bloomberg reported at the time. That meant making Lefty, Helper’s glove-carrying-a-spoon mascot into a struggle rapper who’s been tweeting about his mixtape for years.

The mixtape is almost ready. pic.twitter.com/KRAB7iTxpd

So what’s the secret sauce — er, powder? I think commitment to the bit is key here. Making this tape took some doing and the Minneapolis Egotist notes Helper worked with students at McNally Smith College of Music and other artists in the Twin Cities, where General Mills is based.

Will we all forget about it by next week? Probably. But for one, glorious Friday afternoon, Hamburger Helper “on cleek’d” its way to the other side.