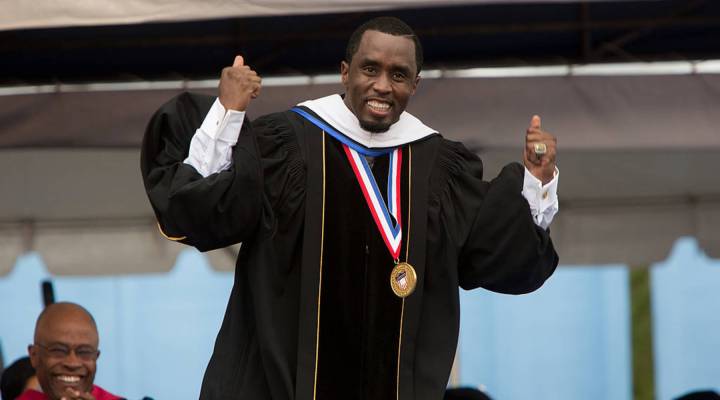 Sean “Diddy” Combs, the rap mogul also known as Diddy, is opening a new charter school in New York City focused on social justice. The rap mogul is providing office space for Capital Prep Harlem, the LA Times reported, a school for grades six to 12 opening its first classrooms in the fall.

Diddy, who was born in Harlem, said in a press release he’d been looking for the right school to put his wealth and cache behind. Diddy is far from the first celebrity to get in the charter- and private-school game, and celebrity backing can be high risk/high reward for the schools themselves. Let’s look at a few recent examples:

Will Smith and Jada Pinkett-Smith

The Smiths raised eyebrows in 2008 when they shelled out nearly $900,000 and founded their own private school outside of Los Angeles. Before classes even started, New Village Academy had been dubbed a “Scientology school” because it used teaching methods created by founder L. Ron Hubbard and Smith himself had denied persistent rumors for  years that he was part of the church. It probably didn’t help that Suri Cruise — daughter of Tom Cruise, the most famous Scientologist in the world — was a student. The reputation continued to dog the school until it eventually closed in 2013.

Three of Armando Christian Pérez’s six kids attend charter schools, the rapper — better known as Pitbull — noted when he opened the Sports Leadership And Management Academy a few years ago in Miami. At the time, one Miami-Dade County school board member dismissed Pitbull’s involvement as a “marketing ploy.” Ploy or not, things are going well for the sports-themed school; a second location is opening near Las Vegas this fall.

Oprah hasn’t opened up a school herself but, true to form, she’s instead donated millions to charter networks in Louisiana, California, Pennsylvania, Colorado, Texas and her home state of Illinois. Those donations aren’t always as flashy as her TV giveaways either, WBEZ notes that Winfrey’s foundation and the Oprah Angel Network have quietly donated millions to organizations around Chicago including a few charter schools. That may be because donations can be seen as endorsements, and that’s not always good optics — when Bloomberg covered a New Orleans school’s alleged mistreatment of disabled students, Oprah’s name was right there in the headline.

Speaking of Oprah, Facebook CEO Mark Zuckerberg went on her show in 2010 to announce a $100 million donation that would go toward reforming schools in Newark, New Jersey. When reporter Dale Russakoff came on Marketplace to talk about her book on the effort, she said Zuckerberg’s interest was piqued by the idea of “scaling up” reform in Newark to the entire country. The effort put a lot more students in charter schools, but it also destabilized a lot of schools and student performance ultimately suffered. In short, it didn’t work. That’s largely because Zuckerberg and company didn’t include people on the ground in Newark, Russakoff said. It’s a mistake Zuck and his wife, Priscilla Chan, aren’t likely to make with their next project: A private K-8 school for low-income families in Palo Alto.

The retired tennis star founded the Andre Agassi College Preparatory Academy in his hometown of Las Vegas in 2001, but a couple years ago he pivoted into the charter school business, starting a hedge fund that builds schools and rents the campuses to charter school chains. When we profiled the fund a couple years ago, it had built dozens of schools, though some were suspicious of private, for-profit investors getting in the public school business. Agassi and his partner Bobby Turner acknowledged the concerns but said philanthropy could only go so far, and wasn’t “scalable” the way their business is.

This is the big one, at least in recent memory. Deion Sanders’ Texas charter school, Prime Prep Academy, was born out of the NFL Hall-of-Famer and analyst’s celebrity, and that’s part of what killed it too. Regulators fawned over Sanders as he pitched them his school, even getting photos and autographs. It immediately became a sports powerhouse, quickly assembling a nationally ranked basketball team. But actually teaching was another issue, and students allegedly got whatever grades they needed to stay eligible to compete. Sanders was fired twice — neither time really stuck — and allegedly assaulted administrators. Dogged by debt, missing records, stolen property and a shady deal with Under Armour, which employed Sanders and more, the school shut down early last year.