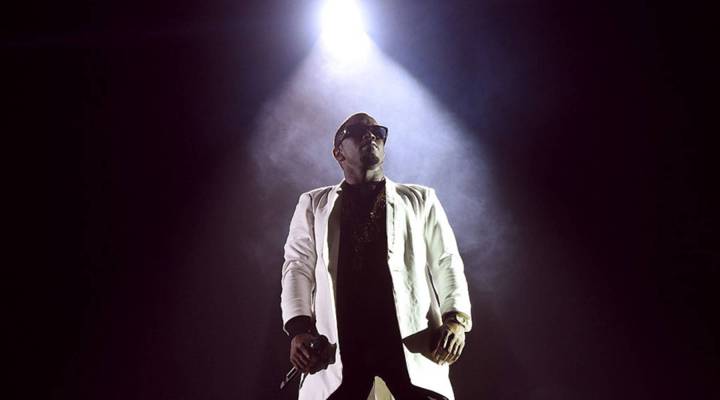 What does it take to become a hip-hop artist turned business mogul? Combined, Jay-Z, Dr. Dre and Diddy are worth approximately $2.5 billion, money made not just from their bestselling records but from shrewd business decisions. In his book “The 3 Kings: Diddy, Dr. Dre, Jay-Z and Hip-Hop’s Multibillion-Dollar Rise,” Forbes senior editor Zack O’Malley Greenburg takes a look at the distinct personalities of some of the biggest names in the industry. Check out how he characterizes their traits below and see what you may have in common with these living hip-hop legends.

Do you find yourself bullet journaling, making 25-year plans and investing in yourself to reach a goal you’ve been planning since your 13th birthday? You might just find yourself in Jay-Z’s camp of calculating success.

And what an empire he has built. With 21 Grammy wins and 74 nominations under his belt, back-to-back multiplatinum hits from 1998 to 2003 and boasting the most No. 1 hit albums since The Beatles, this Tidal and Roc Nation co-owner has created a vastly successful business conglomerate that has made him the wealthiest person on the Forbes Five: Hip-Hop’s Wealthiest Artists in 2018 list. Beyond music ventures, Jay-Z was one of the first rappers splashing into the sneaker game, releasing the S. Carter, which sold 10,000 pairs within hours. He’s even stepped into the culinary world, becoming the co-owner of the Spotted Pig, a New York-based Michelin-starred restaurant. And on top of everything? Who can forget: He’s married to Beyonce, arguably one of the most successful female performers to date. Together, the power couple is worth more than a billion dollars.

Jay-Z is the guy who comes into a meeting and won’t deliver his point until “he’s gauged the room and taken the temperature,” Greenburg said. He works the field the way a master plays chess — three steps ahead of you and already aware of how he’s going to win the game.

Sometimes, you have to wait until just the right time to make a money move. If you aren’t one for living by the seat of your pants and making rash decisions, financial or otherwise, you could be similar to mega music producer Dr. Dre.

According to Greenburg, this Compton native may be an “admittedly shy, kind of anxious dude” who’s also a “perfectionist.” No one can deny Dr. Dre’s impact on the hip-shop industry or the longevity of his career. Starting off as a teenage DJ, the emcee quickly rose through the West Coast hip-hop ranks and helped establish the industry as we know it today, working with legends such as Tupac, Snoop Dogg, Eminem, and even his Forbes list neighbor, Jay-Z. Cementing his place in history was the release of his Beats headphone line, a product that found success not only as a listening device, but has also became a fashion-line item synonymous with other top-shelf products like Air Jordans. Then came the acquisition of Beats by Dr. Dre by Apple for $3 billion in 2014. Plus, who can forget his foray into Hollywood? As a producer on “Straight Outta Compton,” he not only packaged a bit of his own history for a broader market — Dre himself was a member of the Gangsta rap group N.W.A — but he also helped make a movie that’s amassed over $200 million worldwide. His introverted way of approaching life may just be the way to go. And, according to Greenburg, with “500 songs in his vault unreleased because they’re not perfect enough,” we more than likely haven’t heard the last of Dr. Dre.

Or maybe you want to be at the forefront of the action. You want to shake the hands, run the meetings, or as Greenburg puts it, be a “traditional salesman.” Then you could be the hype-man you always wanted, specifically, the Diddy brand of hype-man.

Just because he’s third on our list doesn’t mean Diddy is anywhere close to the least impressive. Like his compatriots, this rapper-turned Ciroc-vodka-pedaling entrepreneur embodies the hustle mentality, charismatically working the angles so he can be as successful as possible. Known to the public through various monikers — P. Diddy, Puff Daddy and Puffy — Harlem-born Sean Combs has numerous accolades under his belt, including Grammy’s Billboard, BET and MTV Music Video awards. But what sets this rapper apart from his brethren is his brazen, charismatic outspokenness. This self-described “curator of cool” found a way to transform his image and success as an artist into business ventures such as the aforementioned Ciroc, clothing line Sean John, bottled water brand Aquahydrate and, according to Greenburg, an investment in music-streaming platform Spotify.

Which mogul do you relate to the most? Vote below!