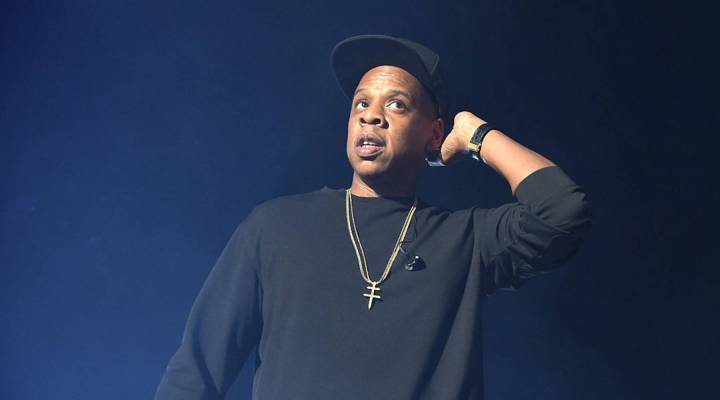 It’s been a busy couple of weeks for music icon Jay-Z. He became the first rapper to be inducted into the Songwriters Hall of Fame, and his wife, Beyonce, a music-industry force of her own, just had the twins.

And today, it was announced that his new album will be released next week. It’ll be exclusive to Tidal subscribers and people who use Sprint, which owns now roughly 30 percent of the streaming service. What does this deal mean for the companies and Jay-Z?

Note that the 30-second video clip ends with this message in all caps: “SWITCH TO SPRINT AND GET 6 MONTHS OF TIDAL HIFI ON US.”

“That seems like an insane value proposition to me,” said George Howard, who teaches music business at Berklee College of Music.

He said most people are not going to go switch to the country’s No. 4 carrier for a Jay-Z album.

“You’re just going to find some other way to get the album, through piracy. You’re not going to jump through these ridiculous hoops,” Howard said.

That’s why Sprint is dangling a six-month free trial for its roughly 60 million customers.

The company’s betting that when it’s time to pay, its customers will be hooked on Tidal and remain loyal to Sprint, said Aram Sinnreich, communications professor at American University.

“How many consumers look at their cable bill and say, ‘Oh, what’s that $11 charge? What’s that $4.93 charge?’” Sinnreich said. “Most of us don’t. But if we were asked to pay $11 separately for something, we might think twice.”

For Tidal, which was once on deathwatch, bundling could help because streaming is a business with very thin margins, according to Sinnreich.

“The only way that it can really be profitable is if it becomes part of a larger enterprise,” he said.

Tidal has about 3 million subscribers, compared to Spotify’s 50 million and Apple’s 27 million. And exclusivity can have its drawbacks over time.

But even Beyonce, like lots of artists who start out exclusive, eventually became less exclusive.