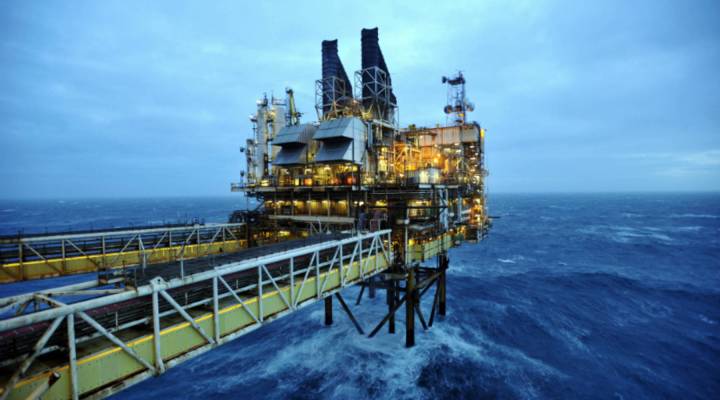 COPY
A general view of an oil platform in the North Sea about 100 miles east of Aberdeen, Scotland.  Andy Buchanan - WPA Pool/Getty Images

Bates is voicing a concern that is now widespread in this port city in North East Scotland. Aberdeen – the “Oil Capital of Europe” — grew rich serving the British oil and natural gas fields in the North Sea. But those fields are among the world’s most expensive to exploit, and the falling price of oil has rendered many of them unprofitable. Energy companies operating there have laid off thousands of staff, leaving many people in Aberdeen anxious about how the city will earn a living in the future.

One solution could be … dolphin watching.

“This is the best place in Europe to see dolphins,” claims the city’s tourism chief Steve Harris. “You can see them putting on a show just outside the harbor mouth. But this city and this county have many other superb attractions for tourists: one of the finest collection of castles in the United Kingdom, and just up the coast there we can see Donald Trump’s golf course which may have a presidential seal on it soon. His course has already done a lot to put golfing in this area on the map,” Harris said.

There’s a much bigger industry lurking in the wings. When oil production ends off this coast, the energy companies will be required to dismantle their installations in the North Sea. With 300 platforms, several thousand kilometers of pipeline and 12 oil terminals, that’s an $80 billion demolition job.

Between dolphins, decommissioning and golf, Aberdeen hopes to earn its living well into the next century. And if the price of oil does rebound strongly, there are still a good 15 billion barrels of the stuff, out there under the North Sea.