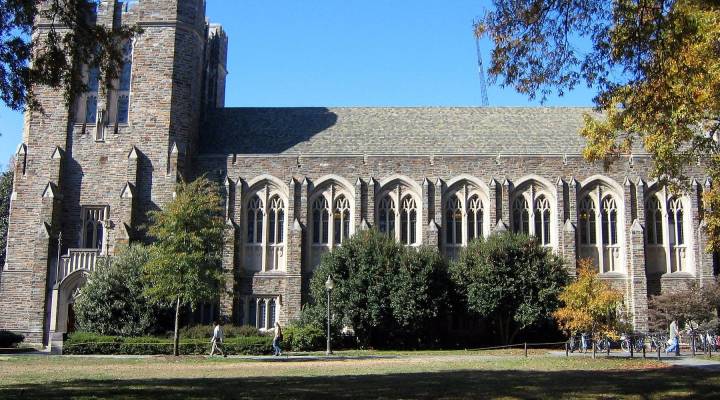 A new kind of union movement is sweeping America’s college campuses, putting a new twist on the ongoing conversation about spiraling college costs and where all that money should go.The latest step came on Friday, when non-tenure track — also known as Adjunct — faculty members at Duke University voted 174 to 29 to unionize.

Adjunct faculty at dozens of other schools have done the same. As adjuncts continue to play an increasing role in higher education, they want more money and job security. An increasing number are starting to think that unions are the way to go.

Adjunct faculty members earn on average about $3,000 a class, meaning they earn $18,000 a year with a typical course load. That’s compared to a median salary of nearly $70,000 for entry-level tenure-track faculty.

As they do more and more of the teaching, adjunct faculty see a disconnect between their pricey advanced degrees and relatively small paychecks, often with minimal job security. Those who are fighting to unionize say universities can afford to pay adjuncts a little more.

“I don’t think that’s a problem,” said Eileen Anderson, who spoke to Marketplace just before teaching her Spanish 203 class at Duke. “We’re not talking about such huge figures. We’re just talking about living wages and cost of living increases.”

But in an era where higher education funding is scarcer, something has to give. The potential trade-offs necessary to increase adjunct pay worry Phillip Magness with the Institute for Humane Studies at George Mason University, who looked at the issue of adjunct pay in a recent paper published in the Journal of Business Ethics. He and his colleague Jason Brennan, a professor at Georgetown University’s business school, calculated that meeting union demands for adjunct pay on a nationwide basis could cost tens of billions of dollars overall.

Magness is sympathetic to adjunct professors’ concerns about pay and security because he has been in their shoes. But he’s generally against them unionizing.

“I believe it’s going to end up doing more damage than good,” he said. “Universities have scarce resources. If we put that money into more adjunct salaries, that means money is less available for tuition relief.”

Or scholarships for poor students. Or it could mean fewer jobs for adjuncts and larger class sizes. All these outcomes would be bad for students.

Alternatively, a school that pays more could attract more talented teachers, improving the classroom experience and lifting the university’s fortune. The overall consequences of this trend towards unionization — for schools, students and professors — won’t be clear for years to come, when we can compare results of the newly unionized schools with their non-union counterparts.