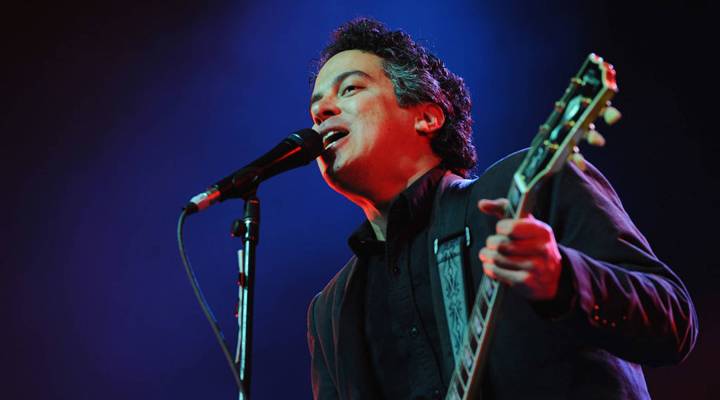 This week, M. Ward, whose latest album “More Rain” was recently released, takes our questionnaire based on his experiences.

Probably my first Transatlantic flight. My first record was released on a small label out of Belgium, so I got this free flight to Brussels, which I, you know, was very excited about. I learned later on there was going to be about four layovers, but you know, I got to Brussels for free on someone else’s budget. And that was just eye opening to me that you can — just by making music — that they can take you to some interesting places. So I remember walking around the Grand Place in Brussels thinking, “You know, this is something I could maintain.”

Something where you get to be outdoors. I’ve always had this idea of like, an outback ranger would be a pretty great job or a deep sea explorer, Jacques Cousteau kind of stuff. Just you and the elements.

It’s the mental imprisonment of your mind. Especially when you’re traveling and when you’re on tour, you don’t get a chance to nurture anything except for music and your stage show and your ego, and that can put a limit on what you’re taking in. So, people that have normal every day nine-to-five jobs have their own problems, but after their work, they get to do any array of things to make sure that their mind is being exercised. And that always seemed like a better connection to the rest of how the planet lives.

The first thing that comes to mind is my last bad purchase, which was an NFL GamePass. You know, I like the Seattle Seahawks, so I like to stay in touch, but you get on their website and it only works half the time, they overcharge you, and they send you annoying emails for the rest of your life. So, that’s a purchase I regret. The whole trend of, you know, even going to buy a bottle of water, all of a sudden you’re on their email list or you’re on their Facebook page and I hope that’s a trend that stays in the decade that we’re in right now.

To be perfectly honest, I don’t have any. It used to be guitars, and then when you travel, they break. And so, I learned very quickly, don’t take expensive guitars while you’re traveling, but even more importantly, don’t even own expensive guitars because you don’t even need them. So, a lot of collectors would argue with me, as well they should. You know, half the time, a $50 guitar you find at a pawn shop fits the bill of what you’re going for in the studio faster than the $3,000 guitar that you could buy at Guitar Center. That’s just my opinion.

First album I ever bought was a cassette by The Smiths. It was called “The Queen is Dead,” so you know everyone has that record by now I guess, but it was really exciting when I first got that.

What advice do you wish someone gave you before you started in music?

Don’t listen to anyone’s advice. Nobody knows what they’re saying about music, about somebody else’s music. People can only speak intelligently about … put it this way, the less you listen to other people, the more you sound like yourself.