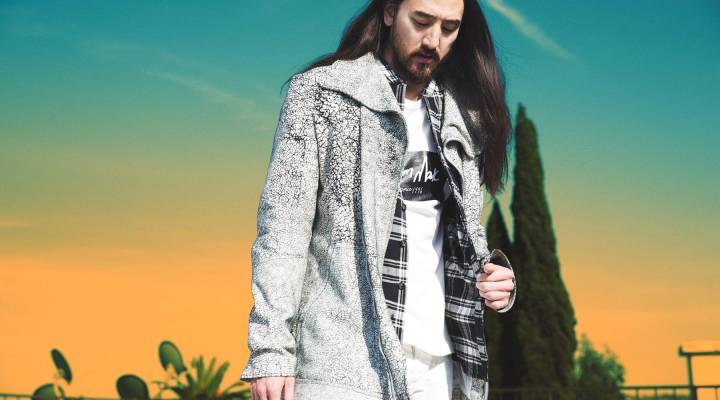 COPY
Steve Aoki says to be successful in the music industry you have to think like a "chess player." Matt Colon/Deckstar
The Marketplace Quiz

Steve Aoki says to be successful in the music industry you have to think like a "chess player." Matt Colon/Deckstar
Listen Now

No matter who you are, you’ve probably had a rough day at the office that changed your perspective, or maybe you made an impulse purchase you really, really wish you could take back. This week, DJ and producer Steve Aoki took our money-inspired personality questionnaire.

It can buy you my mom’s house that’s right next to me.

Is this a suggestion for our listeners?

It’s something I just did. I just bought myself a house, and I built it, and I wanted to see my mom more, and then I thought if she’s down she could be my neighbor. So I just bought her a house next to me so I could see her more.

It’s hard because music is always my core. So if it wasn’t music it would maybe be fashion, ’cause that’s also something that I focus a lot of my time on, or science. I’m a big science enthusiast.

What kind of science?

I’m really into the kind of overall topic of science fiction that becomes science fact. The idea tha twe can live forever through technology. There’s a lot of interesting stuff that you would only imagine in comic books, that are happening now.

As a career? I guess is when I moved to LA. I quit being in bands, and I started focusing on Dimuk as a record label. I stopped being interested in being [in the] front, but being the guy to help other bands. You know I was passionate about doing this label, and somehow it’s still around all these years later. That was one of the decisions I had to make in my life where I was either going to stay in school or I was going to really do this label.

Do you remember your first paying gig?

So I was a DJ. My first gig that I got paid might have been Space land…it’s like a rock venue, it holds like 200 people. They paid me like 75 bucks, and that was a lot of money for me at the time because I was doing gigs for free. But, I had to bring my own equipment, and I didn’t have any equipment so I had to rent it. It cost me 75 bucks or 100 bucks to rent the equipment, so at the end of the day I got paid but I probably ate the cost. That was the first time I got cash in my hand, I remember getting cash in my hand for that show.

Spotify account. I mean I live and die with my Spotify account. It’s on all day. I just want to have access. I want to mix genres and go back in time and listen to this [or that]. I’m always on Spotify.

Do you remember the last thing you were listening to on Spotify?

I think it was Metallica.

I think I don’t know what that would be, but I know that nothing comes easy, and it’s hard work and you have to really love what you do because it’s a struggle. You have to manage your expectations and understand that you have to make hard decisions. That is also the difference between a successful business man and one that isn’t successful. You know, it’s [about] being pragmatic and thinking clearly, thinking ahead, being a chess player.