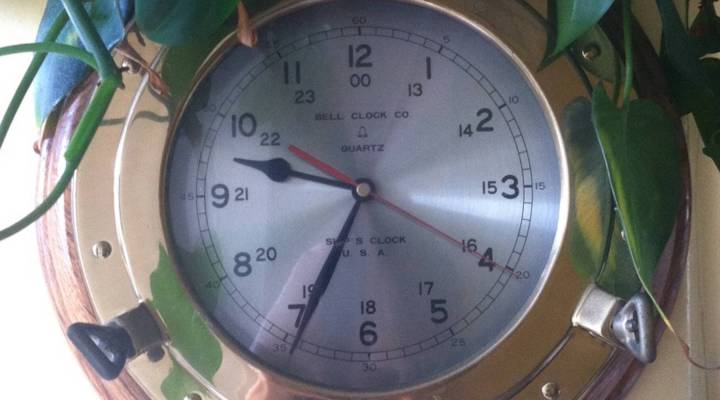 A California proposal would end daylight saving time in the state

A California proposal would end daylight saving time in the state

On Sunday, we do that thing where we all lose an hour of sleep — spring forward. Well, in California, there is a bill that could end this time switch in the state. It is not the first such state measure in the country. There have been over a dozen in recent years. And it probably will not be the last one either.

The proposal would allow California to skip out on daylight saving time. That means for half the year, the state would be another hour behind the East Coast. A four-hour time difference would be a nightmare, said  Erik Davidson, Chief Investment Officer for Wells Fargo Private Bank.

But San Jose Assemblymember Kansen Chu, who wrote the measure, said it has been his most popular bill. “I am always out there talking to my constituents and this the issue they brought up to me more than once,” he said.

San Jose State political science professor Garrick Percival said daylight saving time “has proven to be an issue that gets public attention.” He said this is a big reason so many local and state politicians around the country introduce these bills even though they are unlikely topass. Drafting the legislation gets politicians the media spotlight, he said.

As an argument for ending DST, there are lots of theories out there about why it is bad to change the clocks — disrupted circadian rhythms, increased car accidents, scheduling headaches for the travel industry. But Percival said so far, the data for an economic cost/benefit analysis on ditching our biannual clock-changing ritual is slim.

“I mean this is not something the federal government is spending a lot of money on. Big think tanks aren’t spending much time on this issue either. At this point I don’t think the research is pointing in a real clear direction about any future benefits or costs,” he said.

The battle over changing the clocks is not new. People made all kinds of complaints when the U.S. first tried it during World War I, said University of Nebraska historian and Professor Emeritus Oliver Pollak. People said that “the cows don’t know when they want to be milked,” Pollak said, and that “wives would have to make the lunch boxes an hour earlier.”

Today, state efforts like the one in California almost never succeed in ending DST. Arizona did it. But Pollak doubts it will ever happen on a large scale, nationally. He said we just don’t have the kind of political cooperation we once did to take on something like changing time.