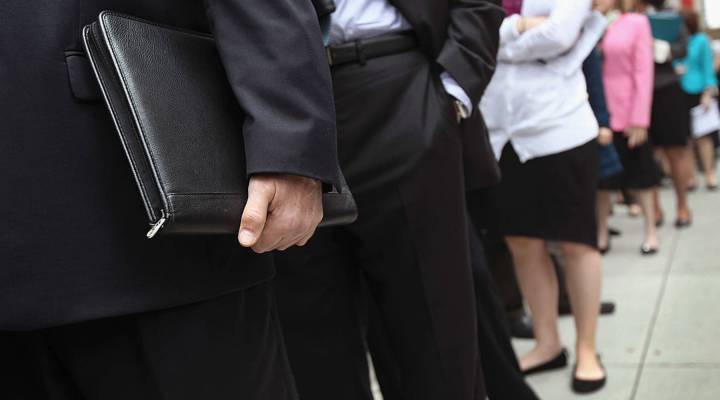 Some drop-off in participation was expected from the wave of Baby Boomers reaching retirement age. But the decline since 2007 has been faster and deeper than economists anticipated, and than can be accounted for by the aging U.S. workforce.

Labor force participation represents the share of American adults aged sixteen and older who are actively engaged in the workforce—either currently working, or looking for work. Those who are not participating could be in school, taking care of children or elders, or retired.

But labor analyst Andrew Stettner at the Century Foundation said it’s the millions of prime-age people—aged 25 to 54, with no serious impediments to working—that are “particularly worrisome.”

“It means that the job market is not providing enough jobs, and enough good jobs,” said Stettner. “And I think we’re starting to see that turn a corner.”

“Those who have been discouraged are being tempted to come back into the labor force,” said Tannenbaum. “In addition we’ve been seeing a lot of existing workers quit their jobs for better ones. And that leaves openings at the entry level, which are attractive to those who may have been sitting it out.”

As the unemployment rate has fallen (to 4.9 percent) and the labor market has tightened, economists have expected wages to rise. That is typical at this stage of an economic recovery, as employers face increasing pressure to offer higher pay in order to attract and retain workers. But wages have been virtually stagnant (after accounting for inflation) since the recession.

Economists attribute this wage stagnation at least in part to the millions of potential workers sitting on the sidelines, not actively participating in the labor force. They create a so-called “shadow inventory” of employable people, which in turn puts pressure on current job-seekers to take whatever wages employers offer, rather than try to negotiate higher pay.

But now, with labor force participation rising, employers might have to sweeten their offers, if they want to get the workers they need.