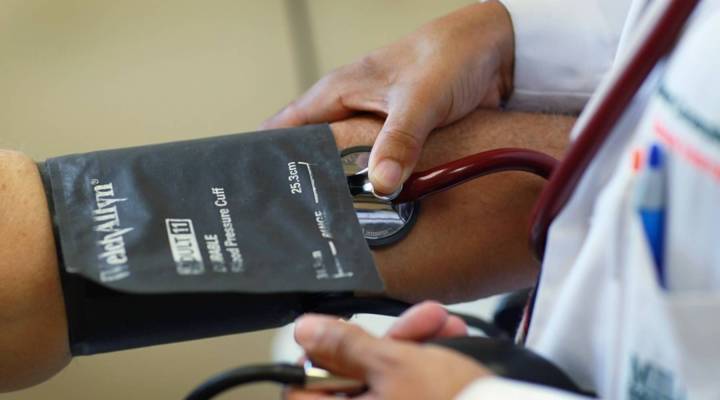 We hear it pretty often, that consumer spending makes up almost 70 percent of the Gross Domestic Product.

In 2015, consumer spending added up to $12.3 trillion. And while that may make the consumer sound like the most formidable engine of economic growth, it turns out that huge total is not all money we spend going crazy at the mall.

To be sure, shopping is part of it — “buying durable goods such as cars and furniture, and non-durable goods such as food and clothing,” said Kyle Brown, chief of the personal consumption expenditures branch of the Bureau of Economic Analysis. Brown is in charge of counting  consumer spending figures.

“It is the largest portion of overall GDP. And what it’s representative of, primarily, is the money that households are spending everyday … on all of our goods and all of our services that we consume,” Brown said.

But that is a very broad area, because it also captures, as Brown put it, “spending on our behalf.” There are a lot of such expenditures, including money nonprofits and religious institutions spend to help people, money spent by political campaigns and health care spending by insurance companies and the government (on Medicare and Medicaid payments).

Health care, in particular, makes up a substantial portion of consumer spending, and it doesn’t necessarily account for consumer spending as some might think of it. For example, if you went to the doctor and spent $20 on a copay, and your insurance paid another $100 for your visit, Brown’s team would count the total value of consumer spending at $120 – certainly not the actual amount the patient, as the consumer, spent.

“We’re talking about the total amount that citizens … consume. Now some of that money comes out of pocket. But other parts of it do not necessarily come out of the payrolls of people who work,” Chris Christopher, director of U.S. and global consumer economics at IHS Economics, said.

“It can be somewhat misleading,” he said, but the consumer spending number is important as an overall gauge. It is intended to give a sense of overall consumption.

“In the example of health care, where it’s not necessarily coming out of people’s pockets, it is sort of useful to understand how much of medical services is being actually consumed,” Christopher said.

The trouble comes when we use the consumer spending numbers in the GDP to draw conclusions for which it was not designed, said Josh Bivens, research and policy director at the Economic Policy Institute.

“I think there’s a critique of the U.S. economy that relies on the claim that [there is] too much short-termism, and people are too materialistic,” but the numbers don’t bear that out, Bivens said.

“A lot of what has driven rising consumption over the last 20 or 30 years in the U.S. economy is health care, education and rent. And it doesn’t saying anything about a moral failure,” he said.

So, is consumer spending actually almost 70 percent of GDP? Well, technically it’s 68 percent, Brown said. But, yes, the broad gauge of spending and consumption that we call “consumer spending” really is that big a chunk of our economy.