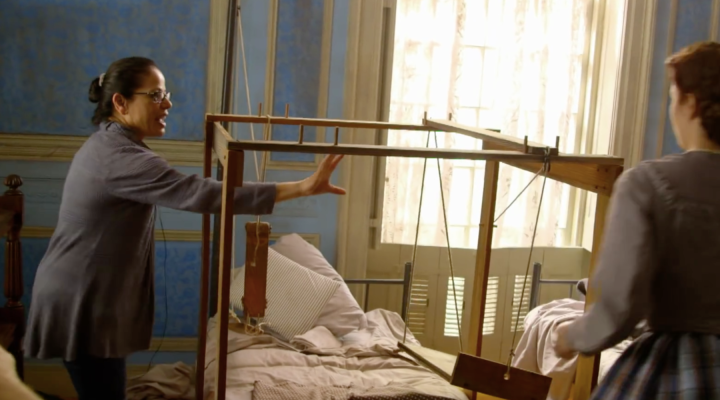 Roxann Dawson may be well-known for her “Star Trek: Voyager” character, B’Elanna Torres, but since the series ended, she’s built a successful career as a television director. And that’s how she came to be behind the camera for “Mercy Street,” a new Civil War mini-series on PBS. The series also has the distinction of being PBS’s first American-made drama in over a decade.

The pressure, Dawson said, was in the show’s small budget and short shoot timeline.

“We shot the first three episodes simultaneously, so it was like doing one big feature,” she said, “and we did it in 24 days … so the actors had a challenge ahead of them, and we all worked together as a team, trying to tell what I think are some really great and unique stories.”

As British period drama “Downton Abbey” comes to an end this season, the network is under pressure to deliver programming that will appeal to and expand its core audience.

“They knew it could not be ‘Downton Abbey.’ We did know and PBS did know that we would appeal to a similar audience, but that it’s really not the same, and that if we tried to make it that, it would be a problem,” Dawson said, “I think we can’t avoid the comparisons, but we weren’t trying to be similar.”

“I’m a little saddened that it’s still an issue” she said. “There are amazing women and people of color standing in the wings just waiting to come and contribute.”