On the ground in Paris

On the ground in Paris

Marketplace’s London Bureau Chief Stephen Beard is on the ground in Paris, reporting on the aftermath of Friday night’s attacks. Marketplace host Kai Ryssdal talked to him about what the mood is on the ground and the possible policy implications of the attacks.

Kai Ryssdal: First of all you’ve been walking around all day and all evening. What are people saying? What’s the mood?

Stephen Beard: Well in much of the city, things are pretty calm and pretty normal, but when you go into the neighborhoods where most of the murders were committed, the rock concert and the pubs and the bars and at the soccer match, there’s a very somber mood indeed and people are jittery. The enormous shock hasn’t worn off. It’s not just the scale of the attack, it’s the fact that unlike the earlier attack at the satirical magazine Charlie Hebdo and the Jewish supermarket in January, the victims here were random.

Ryssdal: President Hollande has said at some point in the past couple of days, 5000 more police officers will be hired in the next two years. There will be clearly more security on the streets. What’s that going to mean, do you think?

Beard: The big worry, of course, is what it’ll do for tourism, which is a huge business in this city. There is a danger that the wonderful atmosphere in this city could be a little soured by all this.

Ryssdal: Talk to me for a second, Stephen, about the refugee crisis, how that’s all playing on the ground there in Paris and what people are saying, because certainly some of the speculation is that this may not have been completely internal to France.

Beard: Indeed, the discovery of a Syrian passport which the Greeks say was carried by an asylum seeker into Europe in October has further fueled the growing anxiety and paranoia about the large numbers of refugees and other migrants who’ve been flooding into Europe. It strengthened the hand of conservative politicians like French lawmaker Jacques Myard, who’s calling for a crackdown.

Ryssdal: The Schengen Agreement is that deal from thirty or so years ago that said once you’re in these 26 European countries, you don’t need visas, you don’t need paperwork, you can have borderless travel. If that goes away, what does it say about the economics of the European Union?

Beard: The Schengen Agreement was already in trouble because various member countries were closing their borders to stem the flow of refugees. But this development in Paris could be the last straw, says Douglas Yates, Professor of Political Science at the American Graduate School here in Paris: “The ideal of Schengen is doomed. I think the long term trend will be for Europe to do what North America has done and that is to try to create a wall between itself and its poorer neighbors to the south.”

In other words, fortressed Europe and perhaps fragmented Europe too, which would be a terrific blow against the vision that’s driven this continent for so many decades: the vision of a united Europe.

Ryssdal: And especially with all the controversy over the single currency the past couple of years, as well. 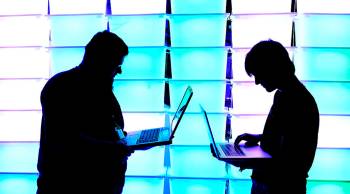