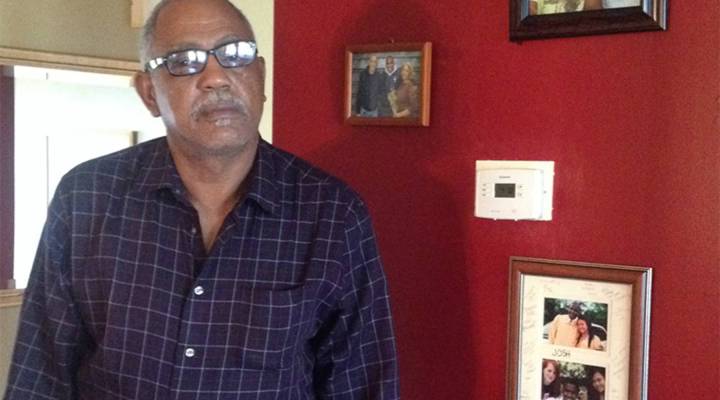 In this country, most workers fall into one of two categories: hourly or salaried. When we talked to people who’d taken part in the Marketplace-Edison Research Poll, we noticed that many hourly workers say they wish they were salaried. Salaried employees are viewed as less expendable, our respondents said, and that is accompanied by better pay and treatment.

Around 50 percent of hourly workers polled said they’d prefer to work more hours.  When 64-year-old William Davis started working in the cotton fields of his native South Carolina as a child, he was neither hourly nor salaried. He was paid by the pound.

“It was hard, you know?” said Davis of his childhood. “My mother worked two jobs. She had nine kids.”

Davis still remembers what he was paid: $8 for 100 pounds of cotton.

Davis left South Carolina as a teenager and came north to New York, where he assumed he’d find better pay and more opportunity. And he did, at Huffman Koos, a furniture company in New Jersey. He was a platform supervisor, charged with ensuring that furniture made it from the warehouse to the customer. As a manager, he was paid a yearly salary of $56,000. Each year he’d get a 3 percent raise.

The job afforded Davis a middle-class lifestyle: a house, children, visits home to the south a few times a year. He had good health insurance, and most of all, security.

“Back then, everything was good,” Davis said.

In 2004, Huffman Koos went bankrupt, and after 29 years with the company, Davis was out of a job.

Eleven years later, Davis is an hourly worker with the ARC of New Jersey, an organization that serves people with developmental disabilities. He makes $10.75 per hour.

A couple of years ago, the Huffman Koos name was revived by a different owner. Davis says he interviewed to get his old job back, but there was a problem. The new owners were offering $600 a week, a deep cut from what he was earning as a salaried worker. Davis asked if the pay cut would mean a shorter workday. Davis turned the job down.

Today, Davis has no nest egg, and only social security and his $10.75 an hour to fall back on. He has 18 years left on his mortgage. He cashed in his 401k to buy his house.

“I’ll probably end up working until I die,” Davis said. Asked for his thoughts on the state of the U.S. economy, this once solidly middle-class guy said, “The American middle-class is finished. It’s no more.”

There is still at least one member of the Davis family, who has some optimism about the economy. Davis’ 23-year-old son Joshua is graduating from Clarion University this December with a business degree. He has plans to work and earn a masters’ degree as soon as he’s done with undergrad. Joshua does not feel stuck.

That puts him in line with the nearly 80 percent of people we polled who believe that hard work,  rather than luck, influences their finances.