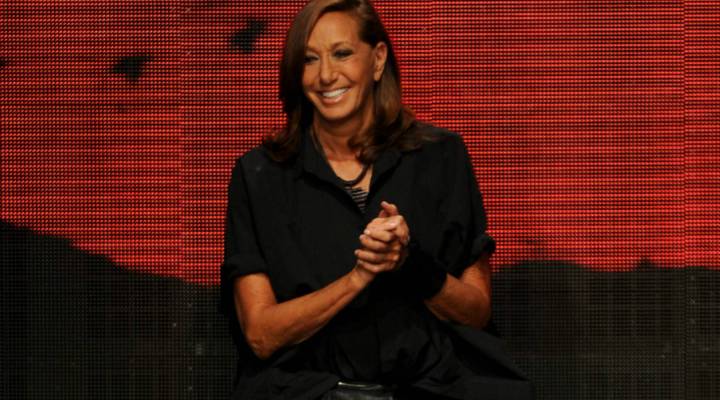 Donna Karan on her chaotic life in fashion

Donna Karan on her chaotic life in fashion

Fashion icon Donna Karan stepped down from her role as chief designer of Donna Karan International back in late June. Karan began her career working for Anne Klein before building her own fashion empire. She writes about her career and her personal life in her new memoir, “My Journey.”

On what it’s like to step down from what she built:

I’m in the process, you know; it’s not exactly like, ‘Do I know what it’s like?’ Because I know that I’m really not sure, but I know I have to concentrate on my work at Urban Zen. And it was difficult juggling three children – Donna Karan, DKNY, and Urban Zen – and Urban Zen being my youngest child, needed a little bit more of my time and energy.

I think it’s very difficult. I think we are in a difficult time right now in fashion. The global-ness of it, you know — to be supported on that kind of level to be a global fashion network. There is an enormous amount of fashion out there right now, and I think sometimes a little too much. What I would highly recommend to young people who want to get into fashion [is] to work for somebody else and to realize what the customer needs. I think sometimes a lot of fashion designers aren’t talking to the customer, they are talking to the press and the customer is saying ‘Well, what about me?’

My partners who had started Donna Karan originally decided they wanted to go public, and quite honestly that was a very, very difficult move. We were a young budding company, everything had started – Donna Karan, DKNY, the fragrance – and we were growing, growing and growing. My partners truly wanted to become a public company – it was too early for us to be public…. And then, some companies came around and said, ‘We really want to buy your company.’ Unfortunately, at that time, my husband was dying of cancer and I said, ‘You can’t leave me in this situation.’ So, we made a deal with LVMH.

On what every man and woman should own in their wardrobe:

I believe a scarf is the most important thing that [women] have to own. It covers up what you want to cover and it shows what you want to show. And it is sort of like a cuddle that you could use forever. So, I love scarves. For a man, I think a great sweater or a great jacket.