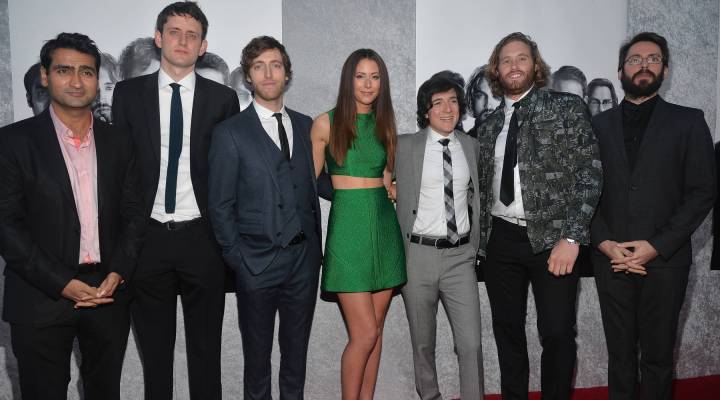 If you’re not watching HBO’s “Silicon Valley,” it may be because you think it’s a weekly half hour of puerile, sexist drivel about a bunch of nerds blundering their way up the most elitist food chain on earth. And you may be right about that. But if you’re not watching, you’re missing one of the most vivid, granular and entertaining explainers out there of the way venture capital works.

Take episode one of season two, which just aired last week. The boys of hot startup Pied Piper are doing a tour of venture capitalists, to get funding for their first round. Early stage companies raise the money they need in several chunks. After entrepreneurs have maxed out their credit cards, raided their 401(k)s and drained their parents’ bank accounts, the first place they go is the “angel round,” which Pied Piper secured last season. Angel investment are kids’ stuff in the startup world: it’s literally like wee Janie on your block getting fifty bucks from her parents’ work colleagues to buy lemons and a Sodastream and open a lemonade stand. The “first round” is more serious. In this phase of the money-raising process, the wannabe CEO has to go to begging, or pitching, to a real institution – a venture capital fund.

And “Silicon Valley” nails this process. For one thing, the dress codes are dead on. The startup guys are dressed in grubby jeans, nerdy T-shirts and, of course, hoodies. The VCs are all wearing half-zip lightweight sweaters, or golf shirts adorned with crocodiles or ponies. And we all know what that means.

Next, the money: Pied Piper’s tour of the Valley VCs shows how hot and sweaty the startup scene is right now. VCs are literally throwing money at startups, valuing them at crazy prices. The valuations Pied Piper gets are ludicrous, but no more ludicrous than those bestowed upon real early stage companies. In the past, startups valued at $1 billion by the VC market before they go public were called unicorns, because they were so rare. Today there are herds of them.

Finally, the deal details: I don’t know who the technical advisor is on “Silicon Valley,” but he or she sure is doing the business. Episode 1 showcased one of the biggest issues facing startups right now: the down round.

A quick explainer: when you get venture money, the fund gives you a big chunk of cash, but in return takes a huge share of your company. It also takes a number of seats on your board.

But that’s cool! For just 10 percent of your company you’ve snagged $100 million in cash! That makes your company worth a billion dollars! Dude! You’re a unicorn!

Unfortunately, you’re not making money yet, and over the next six months, you a) burn through half your money and b) read in TechCrunch that a class of Singaporean schoolgirls have just built a similar prototype to yours that looks as though it may do the same job in half the time.

Your partners panic. Why? Because they’re worried about a down round. They think that when you go to VCs for your second round of financing, they might say that they want to buy a ten percent stake in your company, but because of this new competition, maybe they’ll only give you $50 million. That would mean that your existing VC investor’s stake would be cut in half. It would also make those investors look kinda stupid. And while VCs don’t like losing money, they really, really hate looking dumb.

In the show “Silicon Valley,” we hear what happens to a young entrepreneur called Javeed. His VC investors react to the possibility of his company getting a down round by forcing him into a $200 million acquisition. Remember, VCs get a seat on the board – at least one seat – which gives them a great deal of say in the way the company is run. Javeed would rather not sell his company, but the VCs have panicked, and want to cash out now. They are, in the vernacular, looking for an exit strategy. And because they are on the board, they are in a great position to arm-twist. So they force Javeed to agree to sell his company for $200 million. The VCs get a check, and avoid being embarrassed. Javeed, on the other hand, loses control of his company, and has to accept a reverse-vest, with no triggers. And what the hell does that mean? Well, let’s just say he got screwed.