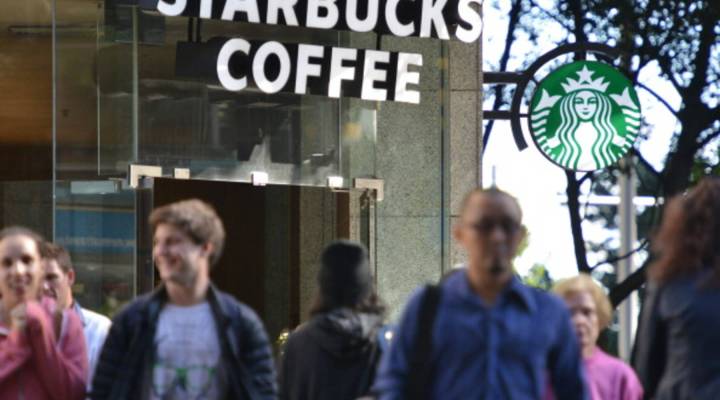 COPY
Starbucks has announced a program with 16 other companies that aims to hire young people who are not in school and are unemployed. (Peter Parks/AFP/Getty Images)

Starbucks has announced a program with 16 other companies that aims to hire young people who are not in school and are unemployed. (Peter Parks/AFP/Getty Images)
Listen Now

Starbucks is ending the most controversial piece of its ‘Race Together’ initiative—Baristas will no longer be encouraged to write or place stickers on customers’ cups, and engage them in conversations about race and ethnicity. CEO Howard Schulz said in an open letter that the company will continue to hold forums on race, and commit to hiring 10,000 “opportunity youth.”

Paul Argenti, a professor of corporate communication at Dartmouth’s Tuck School, says the widespread online mockery Starbucks endured will likely dissuade other companies who might have considered launching similar initiatives.

“What Starbucks does is not something that everyone else is going to do unless it’s wildly successful,” Argenti says. “And unfortunately I think this is a setback for something that was a fairly bold idea and will make other companies cautious.”