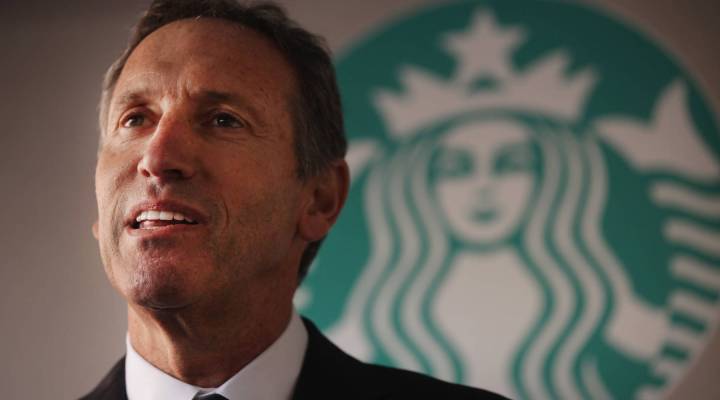 The old line in Hollywood is that “everybody wants to be a producer.”

Even, it seems, the coffee guy. Starbucks has announced it’s going into content production: Think online articles, podcasts, video feature stories. They’ll be distributed through Starbucks’ website, its mobile app and other online media, such as Mic and Upworthy.

The promise here is not smarmy infomercials, but stories about people making their communities and/or the world better. Starbucks CEO Howard Schultz joined us to talk about the company’s plans.

On what the company wants to accomplish:

I think we’re trying to, in many ways, rekindle and remind people how ordinary people every single day are doing extraordinary things. And I think given how divisive and vitriolic this political season has been and continues to be, and how the media, unfortunately, has painted America with such a dark cloud, I feel it’s really not the true American story. The true American story is in communities across the country, really people doing things that are advancing their community and loving thy neighbor. And these stories need to be told, and I think we have an opportunity given how many millions of people come into Starbucks to share those stories. It’s not a marketing gimmick; it’s not PR.