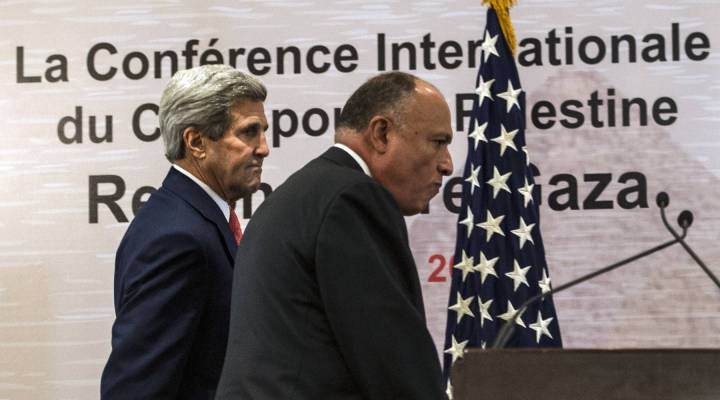 In 2013, angered at the Egyptian government’s slow transition to democracy, the U.S. suspended some military aid to Egypt. By purchasing French-made jets, Cairo may be sending Washington a message: We have other suppliers.

“Military aid,” though, is a tricky term. In this case, it means that Washington gives Egypt a grant of more than $1 billion a year to buy American-made tanks, jets, and armored personnel carriers. If aid is suspended, American military industries take the hit. Thus, the economic implications of a U.S.-Egypt fallout may be as worrying to some as the geopolitical implications.

Amy Hawthorne, a senior fellow at the Atlantic Council’s Rafik Hariri Center for the Middle East, thinks Egypt’s purchase is mostly about French economics. The defense sector is an important part of France’s struggling economy. Egypt’s $5.9 billion purchase could offer France an important boost. Hawthorne says the terms of the deal suggest that if Egypt should default on the loan for the weapons, the French government will cover the cost.