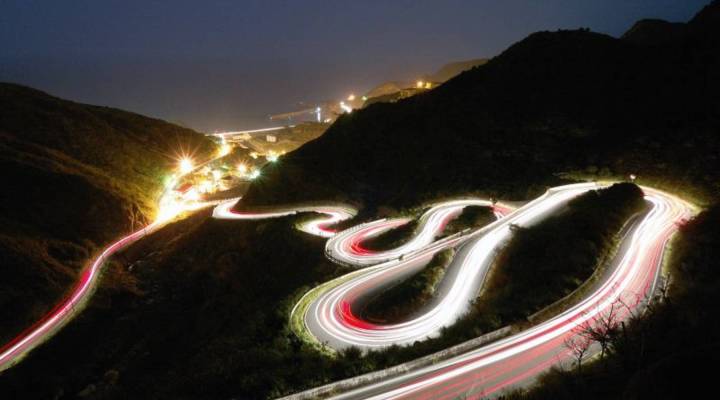 With the jobs numbers out today, we’ve been hearing a lot about this thing called the Phillips Curve.

What is the Phillips Curve?

Why am I hearing about it today?

Because unemployment has dropped to 5.9 percent. That is much lower than people expected, and so, if you believe the Phillips Curve, you’d expect wages to be rising fast right now.

Rising fast? I’m not seeing my wages rise at all!

And neither are most Americans. The BLS says wages are up about 2 percent compared to last year. That is slightly higher than inflation, which is running about 1.6 percent. That’s the slowest rate of wage growth since the Second World War. And it’s not making anyone rich.

So the Phillips Curve is bogus?

Well, let’s just say it has been “adapted” since Phillips came up with the model in the late ’50s. His theory has been tweaked by everyone from Paul Samuelson to Milton Friedman, and what we have now is a rule of thumb (i.e. not a strictly accurate rule) that says when unemployment falls past a certain level, inflation will start to increase.

How would inflation increase?

A shrinking pool of unemployed workers means there’s more demand for labor. Theoretically, in this high demand, low supply situation, workers should be able to negotiate higher wages. Companies would pay for those wage increases by raising prices for their goods, which means inflation.

Why isn’t the Phillips Curve doing its thing, then?

Part of the reason is because of why the pool of unemployed workers is shrinking. Some are being hired. But others are simply giving up. Labor force participation is now the lowest since 1978, at 62.7 percent. That means there is a huge pool of workers out there who have given up looking for work, but who could conceivably come back into the market as the economy improves. And then there’s the type of job that people are getting: part-time and temporary gigs.

Those jobs come without benefits. Or those unskilled service jobs that can’t support an individual, and certainly not a family. They’re not the kind of jobs that workers were competing for back in the ’50s, when Phillips came up with his curve.  Or in the ’80s, when Friedman came up with his tweaks to Phillips’ theories.

Does anyone know what’s going on?

Not really! This economy is flummoxing everyone. It’s certainly not behaving in accordance with existing economic models. Much of the reason is that work in America has changed radically in the last decade. The way companies hire and pay workers has shifted the balance in employers’ favor, so that companies look very strong and healthy right now, while workers do not. Companies are earning more, while most workers are making less than or the same as before. Companies are hoarding cash, while workers are pinching pennies. And in many cases, companies are getting more protection from the state, while offering less protection and fewer benefits to workers.

So are these jobs numbers just a smoke screen for a bad economy?

No. Anytime you see 248,000 people hired, that’s a good thing (assuming that number isn’t revised downward). And the economy is improving. But because of the way work has changed in the U.S., the numbers we’re getting these days aren’t the same as the numbers we got in 2005. The jobs aren’t the same, in terms of the type of jobs that there are out there, and the pool of unemployed isn’t the same, in terms of the type of workers who are looking for jobs. Things are getting better, but the fact that the Federal Reserve is nervous about rolling back stimulus when unemployment is this low is proof that the economy isn’t as healthy as it might appear.