The other day, an email came in from a big online contact lens store that said, starting Aug. 1, we can all forget about getting a deal on the most popular contact lenses.

What’s happening is something called unilateral pricing. Johnson & Johnson, which makes the top-selling Acuvue brand, is joining other manufacturers, like Alcon and Bausch & Lomb, in telling eye doctors, big box retailers and online stores that they can’t charge less than a certain amount.

“If the retailer sets the lenses for below that price, then the supply of that particular contact lens would be cut off,” Senator Amy Klobuchar, Democrat of Minnesota, said as she opened a Judiciary Antitrust Subcommittee hearing on the new practices.

“If the point is to save consumers money, I don’t know why we have a minimum price we can’t go below,” R. Joe Zeidner, general counsel at the discounter 1-800-CONTACTS, told the panel.

But pricing experts say unilateral pricing is not always bad for consumers.

“They can compete on other things,” said Barbara Sicalides, a partner and antitrust expert at the law firm, Pepper Hamilton. Companies like Bose use unilateral pricing to maintain cachet. Others, like Samsung, use minimum prices to help combat “showrooming,” helping stores staffed with knowledgeable salespeople compete with online sellers.

“One benefit is that you’re going to have more services provided to you when you buy some very complex products,” says John Zhang, a pricing expert and professor at the University of Pennsylvania’s Wharton School.

But buying contacts is different. Your doctor has already told you what to buy, and gets paid separately for the exam.

Eliminating discounts may make you more willing to buy directly from the optometrist. That’s the accusation made by contact lens discounters like 1-800-CONTACTS.

At the hearing, Dr. Millicent Knight, Johnson & Johnson Vision Care’s head of professional affairs, said the new pricing is simpler and cheaper for most. It eliminates cumbersome rebates, and has “a price that is actually lower than the current national average selling price to consumers,” she said.

But that’s just the average. For the roughly 10 percent of shoppers who buy online, according to Euromonitor, prices will likely go up.

And, all of this is perfectly legal, as long as manufacturers aren’t actively coordinating prices among themselves or with retailers. 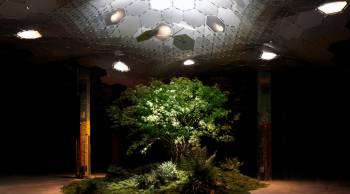