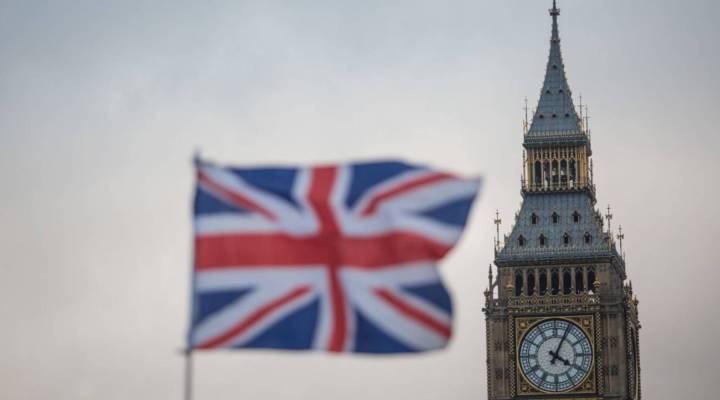 COPY
Some “hard Brexiters” say that if the U.K. fails to secure a satisfactory deal during negotiations, it should walk out of the talks and make a unilateral declaration of free trade. Jack Taylor/Getty Images

Some “hard Brexiters” say that if the U.K. fails to secure a satisfactory deal during negotiations, it should walk out of the talks and make a unilateral declaration of free trade. Jack Taylor/Getty Images
Listen Now

Britain’s Brexit negotiations with the European Union have begun. The formal talks over the terms of the United Kingdom’s exit from the EU and the future shape of its trade relationship with the bloc are expected to last at least 15 months and could go on for much longer.

For Britain, the talks could not have got off to a less auspicious start. Prime Minister Theresa May’s political authority has been severely dented after she lost her parliamentary majority in the recent general election, and she could have trouble achieving her main negotiating goal of a new free trade deal with the EU without most of the burdens and costs of EU membership. Britain’s European partners seem even less inclined to make concessions now that they they know that May’s hand has been weakened.

So what if she fails to secure the offer of a satisfactory deal?

Some so-called “hard Brexiters” say that in those circumstances, the U.K. should walk out of the talks and make a unilateral declaration of free trade: scrap the tariffs on every import into Britain without waiting for a reciprocal arrangement with exporting countries. Such a move is so drastic that some analysts call this the “nuclear option.”

“No, this would be very beneficial,” said Patrick Minford, professor of economics at Cardiff University in Wales and a longstanding advocate of free trade. “Prices for consumers would come down. We reckon by 8 percent overall. And our own companies would face much more competition, forcing them to raise productivity. As a result of that double process — consumers being better off and producers becoming more productive — our GDP would rise. By about 4 percent, according to our calculations,” Minford said, adding that when Britain’s trading partners see those benefits accruing to the U.K., they will want to follow suit and eliminate their import tariffs, too.

Tom Cridland, youthful boss of a small fashion company, said unilateral free trade is worth a try. He has all his clothing manufactured in Portugal and Italy, and ships it into the U.K. before exporting it to many countries around the world; he’s concerned that after Brexit, he will have to pay import duty on that clothing from continental Europe.

“That’s our biggest worry about Brexit” he told Marketplace. “It could make our products more expensive. So I think that without a free trade deal with the EU, unilateral free trade would be an excellent idea. It appeals to me very much.”

But many other British business people are not enthusiastic about the proposal.

“I’m all for free trade, but we have to protect some key industries in the U.K. that are essential to the running of the country. The steel industry is a good example,” said Simon Boyd, managing director of Reidsteel, a medium-sized engineering company and a champion exporter that sells its products to 140 countries.

Boyd said that if Britain unilaterally dismantled all its trade barriers, the country could be exposed to, for example, dumping of steel by the Chinese. He believes that the U.K. farming industry should also be protected from unfair or excessive competition.

“We would be in difficulty if we had to rely on people outside the U.K. for too much of our food or steel. We would be at their mercy if there were any issues that arose in the future.” Boyd said.

Other critics of unilateral free trade argue that it’s the economic equivalent of unilateral nuclear disarmament: You surrender all your weapons, but very few other countries then feel the need to follow suit.