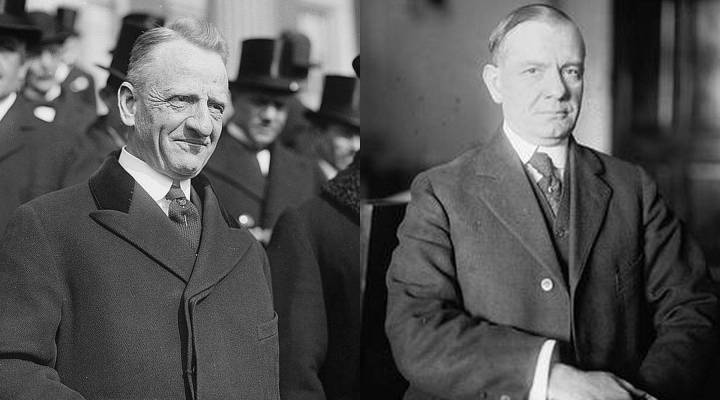 Republicans have called for the reinstatement of the Glass-Steagall Act in their party platform approved Monday, a last minute addition that’s somewhat surprising, given the GOP is more typically associated with deregulation and the Depression-era banking regulation has been a significant part of Bernie Sanders’ campaign. It’s also in a draft of the Democratic party platform, which will be approved next week.

Glass-Steagall, part of the Bank Act of 1933, was drafted as a response to the stock market crash of 1929.

“It was thought that banks should stick to the traditional activities, taking in deposits and making loans to businesses or individuals, and stay away from the stock market,” said James Barth, a finance professor at Auburn University.

The law sought to create a firewall between commercial and investment banking.

“A lot of people feel that was a solid thing to have,” said Doug Branson, a business law professor at the University of Pittsburgh. “It limited the amount of risk that these entities, on either side of the fence, could take on.”

Glass-Steagall was essentially undone under President Bill Clinton in 1999. In recent years, Glass-Steagall has become a symbol of deregulation; calls to reinstate it represent efforts to make banks simpler and smaller.

“It’s a return through rose-colored lenses to a simpler, happier time,” said Donald Lamson, counsel at the law firm Squire Patton Boggs. “It makes good politics. No politician ever lost votes running against a bank. Who loves their bank, really?”

But Lamson argued having different businesses and diverse revenue streams can actually be a good thing for the financial health of banks.

And it wouldn’t have prevented the recent financial crisis, said Aaron Klein, a fellow at the Brookings Institution.

“Glass-Steagall is a simple rallying cry about a set of ideas and values,” he said. “When you actually look at the prescriptive policies contained in Glass-Steagall, they don’t really make sense in a modern era.”