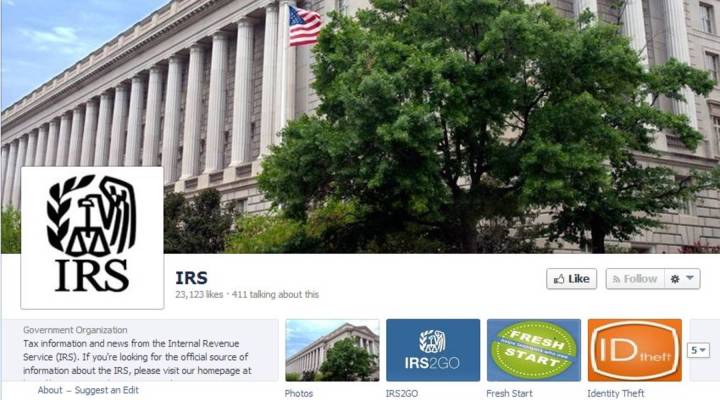 Taxes are due tomorrow, which means that today is the last minute scramble. Really, we’re all just trying to get through this time of year without losing our shirts and —of course–without getting audited. The IRS is kicking into high gear, too. Their goals are a bit different than ours, though. The agency is hoping to catch tax dodgers. It loses an estimated $300 billion a year to tax evasion, and getting that money isn’t getting easier. Because of budget cuts, the IRS will have fewer auditing agents than at any time since the 1980s.

Enter robots. After all, the IRS may not have a whole lot of money or manpower, but it has a gold mine of data on you. A lot of it from… well… you.

“It’s hard to believe that anybody who puts anything on Facebook has any legitimate expectation of privacy,” says Edward Zelinsky, a professor of tax law at the Cordozo School of Law.

Those fancy vacation photos you posted on Instagram? The Facebook status update about your new car? The tweets about your wildly successful side business?

All fair game for the IRS.

Not that the IRS is perusing everyone’s Facebook photos. It’s probably only looking at your Facebook photos if it suspects you might be a tax dodger. How does it get suspicious? Data, of course.

“It appears from its public statements and some other reports, that it’s using data to piece together likely profiles or likely candidates for closer review,” says Behnam Dayanim, co-chair of the privacy and data practice at Paul Hastings.

The IRS is notoriously secretive about its methods; it didn’t respond to repeated requests for comment. But recent private sector hires and off-the-record sources indicate the IRS is seriously gearing up its data mining, using tools like online activity trackers to enhance the vast cache of information it’s already privy to: your social security number, your health records, your banking transactions.

“It seems they may be using predictive analytics,” says Joseph Turow, professor at University of Pennsylvania’s Annenberg School of Communication. “That takes a huge amount of data and puts it together in a big pot to see if they can predict which individuals don’t pay their taxes.”

Creating profiles based on that data could be problematic, says Turow. “Once you begin giving people scores like that, you’ve given them reputations that might stay with them over years, and might be used by the IRS and other agencies in really incorrect ways.”

Of course, these days everyone from Google to Nike is cobbling our data together to create profiles of us.

If you don’t want the IRS in your online business, Dyanim suggests ratcheting up the privacy settings on all of your social media accounts. And never posting anything that you wouldn’t want the agency to see. You could also try a charm offensive. The IRS has 24,000 Facebook fans and 52,000 Twitter followers. 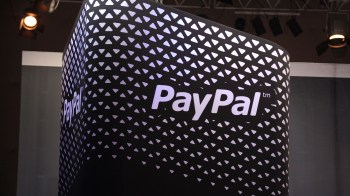