In a decision by the National Labor Relations Board in Chicago, football players at Northwestern University are now recognized as employees of the university and are able to hold union elections.

Peter Sung Ohr, the regional director of the National Labor Relations Board in Chicago explained the ruling in a statement:

“The record makes clear that the Employer’s scholarship players are identified and recruited in the first instance because of their football prowess and not because of their academic achievement in high school.”

Ohr gave the rationale that the players are employees because they receive compensation in the form of scholarships. He said the players are subject to the employer’s control in their performance, which directly benefits the university.

This is consistent with the history of the NCAA, which didn’t start paying players until the 1940s, according to sports economists.

“At the beginning of the NCAA, in 1905, they stipulated no scholarships at all because scholarships were a form of compensation,” said Andrew Zimbalist at Smith College.

Zimbalist said that the ruling only applies to private colleges, so it doesn’t apply for the majority of schools in the highest levels of college football, since most of those institutions are state universities.

Zimbalist said that if the players at Northwestern do unionize, then the NCAA will disqualify them on the grounds that college athletics are amateur. However, he said the possibility of unionization comes with other benefits.

“Say they want a cost of living adjustment or they want to have catastrophic injury insurance for those players who are injured and can’t go on to play in the pros,” said Zimbalist. “Then they could stay within the NCAA rules and presumably they could then trigger other universities that are private to unionize and asks for the same thing.”

Northwestern has announced that it will appeal the ruling to the entire National Labor Relations Board in Washington. 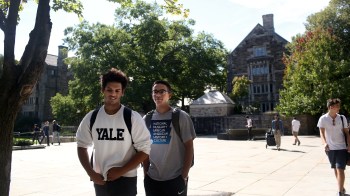