I’m not an expert on anything except having fun.

I’m a professional partier and not a professional economist, but like anyone else I’ve had my own experiences with money, and I’ve learned a few things about it thanks to all my partying. Before I actually started to earn a living from partying, I spent most of my money on it. Now since I make money from partying, I have even more respect for both money and fun. Here are three simple truths partying taught me about money:

I used to think that money was bad. I’m not sure why I started thinking that. Maybe it was from old sayings like “money is the root of all evil,” and just seeing how trying to get more of it made people act crazy. I also had a lot of friends who lived their lives without making much money, and they seemed to think that making it wasn’t cool. They didn’t like having jobs, so they did everything they could to get by without needing money — which takes a lot of effort and often seemed to involve punk music, not bathing and not eating meat.

A few years ago, I had a very wise person explain to me that money is just like “magic paper”, and this magic paper allows you to do amazing things. Money itself is neither bad nor good, it just depends on what you do with it. I finally realized that my own “money is bad” beliefs were pushing money away from me, money I could’ve used to make my dreams and goals into reality more efficiently. Find out why you think that way, and then consider re-evaluating your beliefs. When you have money to spend on friends, family, and fun, suddenly it becomes one of the greatest and most powerful tools in the world. It’s true that the best parts of being alive don’t require money. But that doesn’t mean it can’t improve the conditions of life. And you don’t have to be greedy or a scumbag to use money and feel good about it.

I’m obviously not an expert on the financial markets, but even I can understand that money has no value or ability to do good if it isn’t spent. It’s wise to save money for a rainy day or for a future house or whatever, but in a modern society we rely on each other spending money in order to spread the wealth around. If you’re concerned about the poor people, it can seem like a meaningful show of solidarity to be poor yourself — it can seem like we should live with less, because others have less themselves. But if poor people had more money, they almost certainly wouldn’t turn it away so they could continue being poor out of protest. And you being poor doesn’t help a poor person either. You having money can certainly help a poor person, a sick person, a bored person, etc. And all of us spending money is what keeps it moving around — it keeps modern civilization functioning.

Whenever the media talk about a financial crisis, they end up making it even worse, because the anxiety their reports inspire cause people to save money rather than spend it. And so all that money is just sitting there, not doing anyone any good.

The only thing that money is meant for is spending. And that’s especially true when you spend it on partying.

Use money for joy

In my opinion, spending money on fun and games is its best and wisest use. Of course, there are times when it’s necessary to spend it on things like clothing, food, or shelter — but once we have the basics covered, I can think of no better way to spend money than on joy. Some people have tried to make me feel guilty about spending money on things they call “frivolous,” but the beauty of money is that it is up to you to decide how to spend it. That’s the freedom. And there should never be any feelings of regret or sadness when you use your money for joyful experiences. If paying to go on a roller coaster makes me happy, then money really can buy happiness. When we have experiences of joy that last, we’re not only investing in our own direct happiness, but the happiness of the world in general. Money spent on fun and feeling good is totally righteous. Money spent on getting wasted is never wasted money. So, keep on partying with money, and keep on having fun. 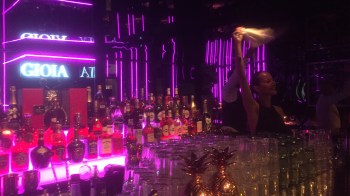 In St-Tropez, the pandemic has muted the summer club scene 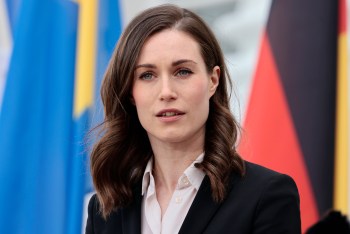