WeWork was once America’s most valuable startup, hoping to roll out an initial public offering with a $47 billion valuation. Today, the company is expected to be valued at $8 billion after Japanese conglomerate SoftBank struck a deal to take control of the office-sharing company.

The SoftBank deal comes after WeWork failed to go public last month. In the deal, WeWork’s co-founder Adam Neumann will be paid $1.7 billion and end his leadership. Investors had shied away from the company after learning about Neumann’s extravagant finances and partying while WeWork prepared for its IPO.

Maureen Farrell wrote about it for the Wall Street Journal. She spoke to “Marketplace” host Kai Ryssdal about why SoftBank wanted control of the troubled company and why so many of the year’s IPOs have struggled. 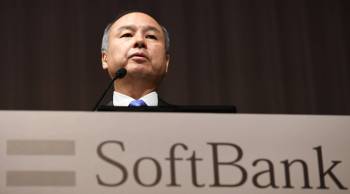