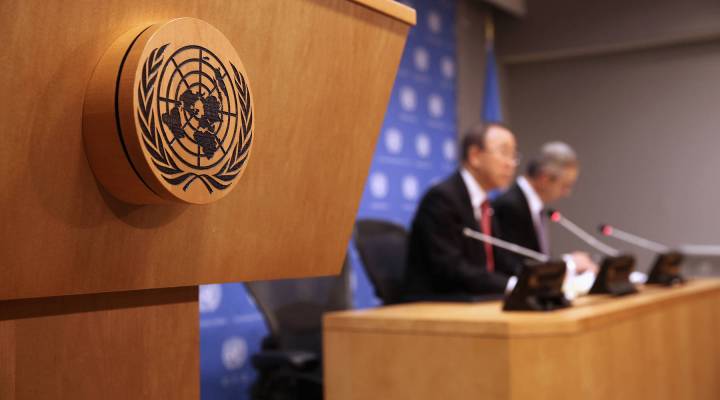 A new pitch for humanitarian aid to Syria

A new pitch for humanitarian aid to Syria

The United Nations has launched a $6.5 billion appeal to help victims of the conflict in Syria. It is the largest appeal for a single emergency in the UN’s history. A similar appeal in June raised only about 60 percent of the money requested.

$6.5 billion is a huge sum, but a consolidated appeal is money needed, not just by the United Nations, but by UN humanitarian agencies and non-governmental organizations that don’t fall under the UN’s umbrella.

“It’s a way of ensuring the agencies aren’t duplicating each other’s work or directly competing against each other for donor funding,” said Abby Stoddard, a partner with Humanitarian Outcomes, an international research partnership on humanitarian policy and practice. “Then the donor governments have a large single document they can use, like a catalogue, to choose which projects they want to fund.”

Stoddard said, at times, representatives of donor governments make informal accusations that agencies ask for more than they need.

“There have been some criticisms that the appeals have been inflated, that the numbers are too high, and that the agencies may be banking on the fact that donors won’t fork over the full amount, so they put in their ask as high as possible to get what they need,” said Stoddard.

Other criticisms of the appeals center on a lack of transparency about how UN tallies up the money it and others need.

“The budget process at the UN is notoriously opaque, and it’s a little hard to figure out how they come up with the top line figures for their appeals,” said John Norris, Executive Director of the Sustainable Security Program at the Center for American Progress. Norris said in the case of Syria, he has a “fair amount of sympathy for the UN,” due to the continued erosion of the situation on the ground.

The UN appeal is aimed at everyone from private donors who can give a few dollars to governments and foundations who can give millions, though Stoddard says that most of the money for the appeal will come from about twenty governments worldwide.

“I sometimes say we’re the best-dressed beggars,” said Bettina Leuscher, chief spokesperson for the WFP in North America, “because for every operation we need to beg for money.”