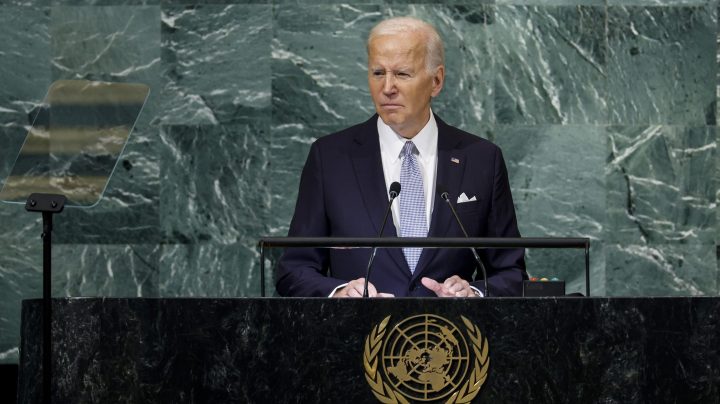 President Joe Biden said Wednesday the U.S. will provide $2.9 billion in additional food aid to help reduce food insecurity around the world. Biden announced the commitment in his speech at the United Nations General Assembly, on top of nearly $7 billion Washington has already committed.

​The food crisis has many causes. Russia’s invasion of Ukraine, rising energy prices, pandemic supply chain issues and climate change have combined to push food prices higher this year — and more people around the world are going hungry as a result.

There is more than enough food in the world today to feed everyone. David Ortega, a food economist at Michigan State University, said supply isn’t the problem.

“The global food crisis that we are seeing unfold is really a crisis of affordability, and people having access to that food,” Ortega said.

Which means humanitarian assistance and foreign aid can make a big difference, he said, especially in countries where people are on the verge of famine, including Ethiopia, Yemen and Afghanistan.

“It’s very critical to stress how important it is to get that access to these regions, to these individuals very quickly,” Ortega said.

There are more people going hungry or not getting enough nutritious food around the world now than there have been in years, said Caitlin Welsh with the Global Food Security Program at the Center for Strategic and International Studies.

“On the positive side, we’ve seen an uptick in funding for emergency assistance to the U.N. World Food Program,” she said.

That increased funding is critical, Welsh said, in part because food is more expensive.

“And also the costs of humanitarian operations have increased because fuel prices are higher right now,” she said.

But, as critical as emergency food aid is in the short term, “it’s not the solution for long-term food security.”

Long term, climate change threatens the world’s food supply, and it is possible that there could come a day when there isn’t more than enough food in the world to feed everyone.

“The big thing that worries me is this tendency that we all have to take the world for granted, to assume that we have enough food,” said William Masters, a professor of food economics at Tufts University. He said we have the tools and the knowledge to produce more food and grow crops that are resistant to drought and extreme weather.

But, he said, it will require sustained investment in science and technology for agriculture to get there.