While newspaper readers seem to be a dying breed, the number of rich Americans who want to own a media outlet continues to grow. The latest billionaire to throw his hat in the ring is Pierre Omidyar, the founder of eBay. Omidyar reportedly promised to invest around $250 million to create a new media company.

Few details about the company have been released. The company has not yet been named — at least publicly — but the news site will be all digital.

Omidyar isn’t the only tech entrepreneur to invest in media. Amazon.com’s Jeff Bezos recently bought the Washington Post, and Warren Buffett’s company has been buying local newspapers around the country.

Jeff Jarvis, who directs the Center for Entrepreneurial Journalism at the City University of New York, thinks that’s a good sign for the journalism business. “If we have some true entrepreneurs like Pierre Omidyar and Jeff Bezos coming in, willing to invest in the future of journalism, that’s a good sign,”  Jarvis says. “Fresh blood. Fresh ideas, I hope.”

Jarvis adds that the new blood could save the industry, “What we need in journalism more than anything is more views of how to sustain it.”

Omidyar is a major philanthropist, but Jarvis says the new media company should keep the funder’s altruism separate from the news. “I hope they do not look at this as a charity, because then their money is just going to run out,” he says. “What we need are new models, that are going to sustain the journalism ongoing. And that means profitable models.”

Omidyar already owns an online news site in Hawaii called “Civil Beat“, which has experimented with different business models — even charging for access.

Joshua Benton, who directs the Nieman Journalism Lab at Harvard, is also interested to see Omidyar’s future plan. “He is thinking about media in a civic-minded way. But also in a way that is not tied to the general conceptions of what an online news site should look like,” Benton says. “He’s willing to try new things.”

The new media company will have a head start on staffing. It’s already recruited several high-profile journalists, including Glenn Greenwald. Greenwald brings with him an as-yet unpublished trove of security documents from Edward Snowden.

Benton says the new media company could fill a gap in American reporting. “If there is one thing that we’ve really lost as newspapers have lost resources, it’s the quantity of watchdog accountability reporting,” he says. But watchdog reporting has never been a real money maker. “It’s harder to build a business around that. That doesn’t mean it’s impossible. But it’s proven harder.”

Perhaps that’s why the new media company plans to be a comprehensive site, not just investigative journalism, but sports too. 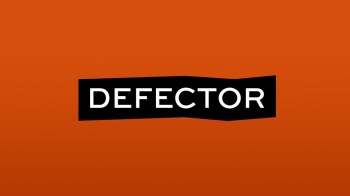