PODCAST: What to do about the counterfeit drug market?

PODCAST: What to do about the counterfeit drug market?

In a hopeful but tentative sign for the job market, there’s news today that fewer people signed up for unemployment benefits last week. That’s more than expected and brings this down to the best level in nearly six years.  A four week average is also nicely down.

The Merchant Marine, a fleet of U.S.-flagged ships with American crews  that are privately owned, deliver cargo for the government — for a fee. During World War II, Merchant Marine vessels known as Liberty Ships dodged German U-boats, to deliver crucial supplies. Now, 60 Merchant Marine ships carry military cargo, but up to a third of them could be lost because of the automatic budget cuts scheduled for next year, cuts known as sequestration.

A conference at the Chatham House think tank in London is addressing the growing problem of counterfeit medicines. The World Health Organization (WHO) estimates that fake drugs account for up to half of all the treatments sold in some developing countries, putting millions of lives at risk. The WHO claims that knock-off medicine is now a $75 billion a year industry. The problem is not confined to poor countries; one-tenth of the drugs sold worldwide are believed to be fake, with some finding their way into the U.S. and Europe. 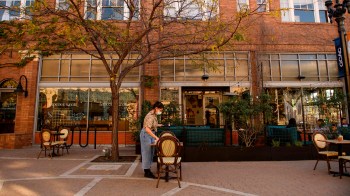