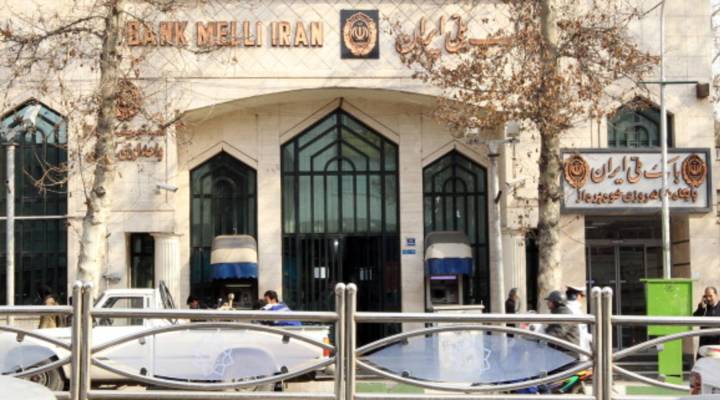 A look at what happens to seized Iranian assets

COPY
Iranians walk past a branch of Bank Melli in Tehran on January 23, 2012. ATTA KENARE/AFP/Getty Images

A look at what happens to seized Iranian assets

World leaders are gathering for the U.N. General Assembly in New York this week and questions continue to swirl around a possible meeting between President Barack Obama and his Iranian counterpart, Hassan Rouhani. The U.S. and Iran have had icy relations for years, but Rouhani has hinted, however tentatively, that a thaw may be possible. Analysts say U.S. sanctions on Iran, including a trade embargo that bans many Iranian companies from doing business in the U.S., have hit Iran’s economy hard.  Companies that flout the embargo risk having their assets seized.

Last week, a federal judge in New York said the government can seize a 36-story Fifth Avenue Manhattan skyscraper that is partly owned by The Assa Corporation. The judge called Assa a front for Iran’s state-owned Bank Melli.

The U.S. government can seize anything from racehorses to sports cars, said Charles Intriago, president of the Association of Certified Financial Crime Specialists. Typically, he said, U.S. Marshals are assigned to watch over those assets, though in some cases the work is contracted out.

“There have been racehorses seized, for example,” he said. “The marshals may not know much about keeping thoroughbred racehorses. They will hire some folks to make sure those horses are maintained in top condition.”

That a company with links to Iran might attempt to conduct business in the U.S., given the tensions between the two nations, might strike some as surprising, but Patrick Clawson of the Washington Institute for Near East Policy, says it may be more common than assumed.

“There have been some stunning bank accounts,” Clawson said. “You have to go — what was crossing their mind when they opened that bank account. People aren’t very bright.”

Clawson’s awareness of those accounts stems from his service as an expert witness in the court cases of Americans who have been victims of terror attacks that are proven to have ties to Iran, such as the 1983 bombing of the U.S. Marine barracks in Beirut, Lebanon. Since the mid-’90s, the U.S. government has allowed victims to sue, to claim some part of the billions of dollars in seized Iranian assets.

“Increasingly,” Clawson said, “the courts have ordered the banks to hand that money over to these victims of Iranian-sponsored terrorism, who have now collected hundreds of millions of dollars. And the Iranian government is not happy about this process.”